Here, God is referring more to His "over-watch" character and His being, that is His supreme sovereignty over all life and things. God and Jesus clearly state that we ought to seek the Kingdom. For many this a place where we all are in joyous bliss as in nirvana, but for God, it’s His "backyard" where His very nature resides and is revealed and He does not like junk in His Kingdom. To accept that God likes to dangle clues of Himself and then just before we discover it; He "magically" take it away. so as to keep us in awe of Him is both ridiculous, a sign of being on milk and more than all this is to create confusion which is the enemy's strategy. Not even satan is stupid enough to reveal God for his own plans - Mk. 3:23-25, " a kingdom divided against itself cannot stand". God is referred to as “EL”.

The only way to truly know the nature of God is from the original perspective, that words, phrases also had a pictogram associated with them within a context. The word “EL” in Hebrew paints a picture of “strong leadership directing with control”. That is a distinct characteristic of God. That’s why His ways are higher than ours because He knows His creation, our frame and the challenges to be faced. Another way of saying this is “All He made, our thinking, limitations, and satan’s evil plans. No leader worth his salt would leave these three proponents to chance, randomness and opposition. He would acknowledge the challenges, plan for them, face them and circumvent them if not dispose of them. He can’t do that without the qualities of effective leadership including purpose, communication, and teams. Not even God in His wisdom - "is an island onto Himself". God is not mysterious or anonymous by any stretch of His works, otherwise, His leadership would not serve His ultimate purpose. That purpose is simple enough - 2 Corth. 6:16, "I will be their God and they my people".

So often the body of Christ is accepting of human ways, wanting others to tell them what to think and not seeking, practicing and embracing a higher knowledge, understanding and wisdom that has been given and made available to us through God’s equipping and Jesus’ examples - Prob. 2:6. We tend to wally in our lower ways rather than take up the cross and renew our thinking, attitudes, and actions. Christians fail the world when we still operate as the world does. A man is not a "real" man until he is the manifestation of God’s template, and so is the same for a woman. Now, you may say this is harsh, but I doubt given the mess humans are in; Jesus’ would say any less - Hos. 4:6, "My people die for lack and the rejection of knowledge". Sure, we have been saved by His blood and many are just waiting for the “heavenly transport” to paradise. This may seem like a rabbit trail but without the body standing and representing all that God is then we are really contributing to the loss of souls by our own ignorance and unwillingness to set things righteously. God is not mysterious or anonymous, He very much want to be revealed and acknowledged. He wants to be our personal friend and confidant. That's is why from Genesis, several verses record God revealing Himself to His prophets, leaders, and people. He only does this to show Himself accountable to His very being. unlike a magician who wants to be seen and heard as mysterious or anonymous. Yet, even a magician eventually wants recognition. 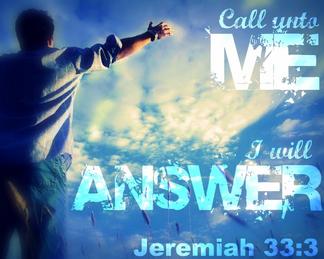 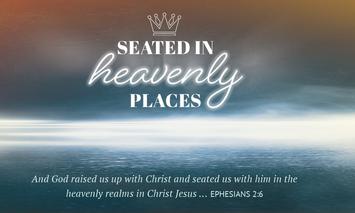 ​Church billboards should serve as a tool to employ messages meant to reveal God, His purpose, and His Word. It is not for a glib, as this only makes the church more humanistic, worldly and not convicted. The church is to be God incarnate, not the other way around. In other words, don’t bring God down to our level, but lift all to His level. This is His intent - Eph. 2:6, "raised up with Christ in Heavenly realms". ​

​​There is nothing more satisfying than to be acknowledged by people of status, family and strangers. To be “self-evident” in all you are. That is God. God cannot act against His own self and will, so we must not see this as an egocentric act. As a father, we do things that our family disagrees with but over time, they see it manifest into the right thing for the family. They sometimes don’t acknowledge you, even though time proved you right. We do this because we want to lead them in the right direction and even though unrecognized, we still do it for future situations. God knows our level of commitment by our actions not by our words. It is by our spoken words we are measured and judged - Matt. 12:36, "accountable for every idle word spoken". Now, this is not just talking about our own words but those we inherit, repeat and accept from any means of communication as a vernacular to how we communicate. When we repeat unbiblical premises we are in effect aiding and abetting the enemies strategy to kill, steal and destroy.

So often, many accept and repeat words that are said without considering the impact of them. As Christian’s, this is life itself - Jn. 6:63 and Prov. 18:21, "the tongue (words) have the power of life and death". So when we see a church billboard or other religious sayings we ought to measure them against God’s Word, His person and His ways. We ought not to perpetuate them keeping our fellow Christians and more so the world in blissful ignorance chalking it up to “light” humor. ​

“Coincidence is God's way of remaining anonymous”; is a popular quote used by many of the Faith especially those who are responsible for the church. This is nothing more than a religious and traditional concept that has been secreted into the Faith by people. Is God a prankster, a joker looking to tease and take those He loves and want to save (given the stakes) down a path of unclear ideals and notions of not just Himself but His integrity. Sure, we reference biblical verses such as “God’s ways are higher than other” - Is. 55:8-9; and use them to justify our ignorance and lack of being a student of the Kingdom.  ​

​There are many notions about God; His Heavenly realm and His ultimate purpose. Through the centuries by man’s ignorance and lack of revelation knowledge, ministers of God when faced with the unexplained and more so their own inabilities always invariably quote phrases demonstrating that we just don’t know about God and His ways. That God is mysterious and at times wants to be anonymous, not taking credit for His miracle. You see these worldly quotations on church billboards or hear them in services. Phrases that are at times comical, sarcastic and innuendos. Now, don’t get me wrong, God like everyone else enjoys a good humorous joke or satire. Just as long as it does not distract us from Him and His Kingdom ways.

​​All humans have this inner desire to be recognized especially when we have contributed to anything of worthy note. We acknowledge those who died for others through wars and civil unrest. Some rightfully ensure their recognition while others wait for someone to do it for them. God does both. When it suits Him, God takes all the credit by displaying His mighty hand and in other scenarios, He waits to be acknowledged by those in authority and those who have are beneficiaries of His works. God revels in praises to Him and His Glory. He is the great “I AM”.​ 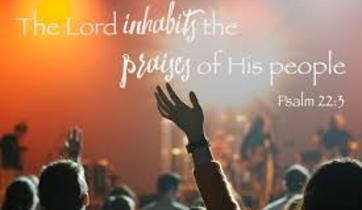 ​Now, Grace is made available. Yet, God is not mocked - Gal. 6:7. We can't receive Grace for any discretion that is not genuine or from the heart. A labor found stealing and is remorseful on the surface but still looks to steal has no Grace from the master of the house. The master sooner or later will kick that labor out, before others see a weak master and soon to copy that labor in all his ways. God is not anonymous. God is patience and long-suffering to want all to be true sons and daughters of the Kingdom, but sooner or later He will make known His stand and commitment to His Word and ways. God does not abide a thief and the bible only has one end for them - 1 Corth. 6:10, "a thief will not inherit the Kingdom of God". How does "lame" quotations qualify as stealing from God? God has only one treasure and that is the Salvation of His and all people. He, satan is the most notorious thief that deceive others in stealing from God by such "lame" devises. Without knowing, many who are religious and even Christians aid satan in this by perpetuating slogans and mindsets that wrongfully keep God in the shadows. Yet, God said, "seek Me and you will find Me when you search for Me with all your heart" - Jer. 29:13. We, as the body of Christ freed from all lies of satan have a responsibility where possible to ensure God is revealed for who He truly is and not what man conceive Him to be. This is what Jesus did - Jn. 14:9, "anyone who has seen me knows the Father" by how He lived His life with integrity, reverence, love and the anointing. Jesus also stated, "the mysteries of the Kingdom has been given to you (the saved, Christians), not to them (the unsaved) - Matt. 13:11. God is not mysterious or anonymous, He is the "worst" hide and seek, playmate you can have.

Flush it Out! - I AM because I want to be known.