Be wise then as they were who traveled from the east bearing gifts not only for celebration but mandated for worship, honor and fear of He who would be the Saviour King of the world. They being of humble hearts with gratitude to Him who laid innocent in swaddling cloth a carnal vice and yet a metaphor to His restrained Glory to remain as a lamb for the slaughter and with His Blood to mark those of His Kingdom to come. They all knew in the manger and those who paid Him homage what His life was to be for the payment of liberty for the tyranny of disobedience and sin. This why, as wise men ought to be, to reflect on His coming, birth and never fade away what has been given to us on that day by all the distractions of festivities. For without birth, there cannot be life, death, and resurrection; all critical to the Faith we walk in this day.

So with all body, mind and spirit with the Holy Spirit bring your gifts of Praise, Worship and Thanksgiving unto our Heavenly Father as the least one can do for His gift of life for all who are under His Blood including for the world; and never put Him aside for all that is colorful, deceptive and blinds the world to this Holy of days of a child who was born for you and me; this world and the world to come. And be admonished those who for popularity sake and compromise merge the Hallowness and sacredness of this day with the world’s way of tasting this season for the body and mind rather than for the spirit. For if we choose to observe this Christmas Day; then we ought to do as God, His Angels and the wise men did with deep appreciation, respect, and fervor; for He, who by birth became the light of the world; our King and Lord, Jesus Christ; the Messiah born unto us, for us and without Him we would not be saved by His Blood, this day!

​Prepare for remembrance of His call forsaking not the assembly of the family hood of the Blood and give unto Him what is Hallow and Righteous before Him in singing, joy, and reverence. For the promise is in the embodiment of His miraculous virgin birth and by the time past to His revealing to be one of the same as we are. Innocent at birth, helpless to the world and eager to the discovery of His life’s purpose. For His birth was but normal and uneventful to the eyes of the world. But your eyes as those who sought His star has been enlightened and with every effort, anticipation and tenacity followed it to its final destination, over the manger baby; a King at rest not seeking His own attention but with every past Word speaking volumes of His predestined future.

"Be in the know"
Weary not! 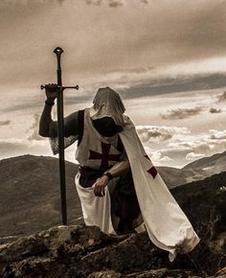 "Lead from the Front"
"Be aware"

This day! Is the day to awake to what has been given unto you, for a child has been born for you. Having no choice in His path but out of obedience to the eternal Father, He came to be born placed in innocence in the cradle of sin. His birth the beginning of sacrifice for you, the fallen man. This day, do remember His silence as a lamb to be for you the substitute and forsake not His Anointment by the world standards. For His life was ordained for sacrifice. So this day, show Him, His respect due.