Christian Nobility is to be seen whenever hate, bigotry and slanderous actions raise their ugly heads to dissuade the Truth, Righteousness, and overall decency. For across this world, we can see just how much men have been lowered into selfish indulges, debasements and where the love of many are growing cold; with the manifestation of such unrighteousness that it can only bring tears to my Lord’s eyes. How have the highest of His creation fallen!

Archives
ALIVE
"Lead from the Front" 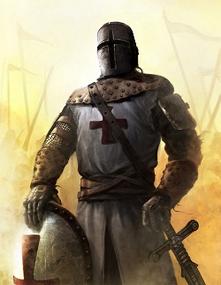 Previous
IS
"Prepare for battle"

With every battle come those who will do anything to win. But as Christians, above all, we must put on love. Yes, love; not to be weak or compromise Christ’s position but to know those who neither with any foundation or Righteous cause, only seek self-preservation because of fear, having no vision and hope for their future. For is not this the same reason that the first man and woman heeded to satan; so as to determine their future forsaking God’s trust and promises for peace and prosperity. Our love is not a concept of the mind or of flesh, but one of action by the Spirit. It is not only by a verse echoed from the Holy Bible but is active, thoughtful, reflective and appropriate. It is to be of Nobility, having support with a presence that demonstrates virtue, goodness, honor, decency, integrity, magnanimity, generosity, and selflessness.

Many having been fearful of the loss of this world's "peace and security", and running to and fro as satan himself, seeking all they can grab for the same, having given up on the trail to Glory, not recognizing the Words of the past that has given our present, forsaking even common sense to all the madness, darkness, and trickery, that without restraint begins to cover this world, affecting the very young to the very old. We must not become part-takers of these things that beset the world! We must not surrender that given to us freely in Blood and stand up with Nobility to all that comes across the plains. For selfishness is a virus and will tarnish the very Glory that is to come through those who walk in the halls of this worldly kingdom, if Nobility is forsaken. Therefore gather with those of the same Blood; the Blood that is first Noble and did not forsake us in those dark hours, but which kept the Faith onto the Glory of the Father, for which we who seek the Kingdom have been bestowed with it also. So walk with Nobility!

Reinforce your ramparts with the Word and the Spirit of God; and prepare for the besiege of the Faith, testing the strength of the Glory that resides in you. Let’s not forget Paul’s exclamation to forget those who by ignorance and vain dispositions seek only to justify their position above the Word. For we cannot save those who through blindness repel every Word that is spoken with Truth and Righteousness. For by coercion, many will seek to remove and destroy the Nobility we have been given through Christ Jesus and to tear down by mockery, accusation and test the characteristics of our Nobility. To walk in Spiritual love and with Nobility in our actions.