Previous
IS
"Lead from the Front"
"Be Noble"

Let us not forget the blood that was shed in days long gone for this freedom now under siege by the very ones who from deceit shout the loudest for it. For words of men are like high winds; impactful but never sustained for long. No, what we must look for is the example of those who under strain was lifted up beyond the grave and who by Truth, Grace, and the Word now sets the example for freedom from the flesh and delusions of the mind. Men and Women, who by walk endorse their talk. For with Righteousness comes Words of freedom, but with death, comes words of bondage. Don’t be fooled by outwardness but seek the inward man. That power that lies within each one and demonstrates with reflection the Words of our Lord; Christ Jesus. Find those who abandon hypocrisies and lip service, who through the humility of the heart is a fortress, steadfast with Hope, Faith, Grace and Love; waiting in preparation for our Lord and Savior’s return. We must draw ranks against the coming onslaught of deceptions and hopelessness.

Stand firm, unmovable with the Word. Keep your helmet and your shield up; ready for the battle. And with no hesitation strike with the sword, having no sentiment against the enemy. Lock arms brothers and sisters in Christ; knowing together that in this life and the one to come only those who seek the higher things; not of the flesh but of the Spirit, will be welcomed in the Heavens above. This world is passing and what a Joy it should be if; and only if we focus on what’s ahead of us, not heeding to the physical things of the past and becoming a statue stagnated by them. Do not lose your birthright, but contend with every fiber in your body, mind and spirit for it!

Walk in Love, having Peace and Knowledge of the times and most importantly be not offended, for with offense comes strife. You need not defend your actions not only to the world but to others of the Faith; for Jesus did not do as much. But with every motion, He revealed the Father with the foundations of the two greatest commandments. And for these very directions held in priority did He provide the perfect example, that Paul and others followed; and in them, we know when it is necessary and led by the Spirit to admonish all who by ignorance and laziness move through this world and even the church stumbling, dragging others into the pit. Never be complacent to think the enemy looks not for a crack to erode the very foundations that uphold the Word in Christ Jesus and our God; YHWH’s Declarations. Be sober in your actions with justification, knowing it will be under the judgment seat of Christ. 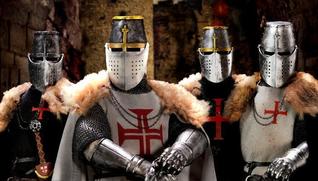 What say you! Do you want freedom or slavery to be your right or your master? To be strong by the Word of life or to be weak by the shackles of bonds. What say you! As we look across this globe there is no doubt that darkness is covering ground that was once symbols of freedom. Freedom not for debasement but for the Righteousness that uplifts all from the noble to the common. That broke every barrier that held a man and his dreams. Do we fight for freedom or do we drag ourselves into slavery? I say, “What say you”!