The upside down man.​

​God is sovereign not because we worship Him, but because He is. It's acceptable when people reject Him, but for those of us that acknowledge Him we have no excuse when it comes to His precepts. This means all our actions including words are subjected to not only His judgement but also speaks to our level of Spiritual walk. We like to identify with things and people that define us and our character. This is put to the test especially during secular observances depending on the country or city we live in. The first quarter of each year, especially in North America, is filled with traditional days that many look forward to and revel in. The most common include New Years, Valentine and the Easter days. All these days are used as a reflection of our values. Unfortunately, many accept this without considering the impact it many have on their Spiritual lives. 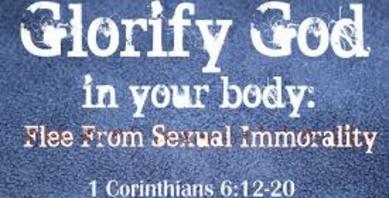 Now, the civil problem does exist but should not be treated any different than any civil problem. All citizens have equal rights for the sake of the society, otherwise, it is anarchy. What man has allowed satan to do is to twist civil freedoms against the society requirement for order, equality and expressions. The society cannot exist unless its needs come first before those of individuals or groups. This is no different than uncontrolled drunkenness or drug use. Everyone has individual rights but is lost when it affects others who have and cannot maintain there own freedoms especially those of self-identity and safety. The law identifies criminals and pedophiles of the city, state, and nation. Even to the point of listing locations of pedophiles as a way of protection. All these crimes and undesirable traits are shunned as a breakdown of the human condition and the violation of others rights. Yet, LBGT is not considered a crime but has been elevated as individual rights for expressions. Isn't that ironic as the people who committed the other sexual crimes are doing the same self-expression, but has been labeled a criminal and a scourge against humanity! So why is LBGT deviously being assimilated into all aspects of society? Its aim is the destruction and disarray of humanity.

It is not difficult to realize that any sin especially those of sexual morality is birthed from the mind and ultimately a dark spirit. Under the right environment and truth, many have rid themselves of the bonds of sexual immorality whether homosexuality, pornography or other forms. When the focus is on Jesus and God, then sin has no power or control over us. Some say biology is a key factor as to why some are immoral with sex. Our biology is affected by outside influences especially from manmade products that affect nature's law and causes mutations not only within the cells but also affects our thinking; hence, the mutated minds caused by inappropriate chemical and electrical signals . Nature has its own DNA of order and evolution because it is a different class of creation which the main purpose is to flourish for man. We cannot compare how nature operates to our own creation and purpose.

To indulge such silly discussions, we only need to apply the island test. That is simply put; will a species survive in an environment which is conducive for life; with food, water, and shelter. For a reptile or certain bugs that can self-reproduce (become A-sexual) because on the stress to survive will be proved to pass the test. Humans are not designed as reptiles. If they do not follow the natural law to propagate, will end up extinct unless they break their own intellectual convictions to survive. Animals are driven by instinct while humans by thought. Because of their instinct, animals reproduce after their kind. Humans can only reproduce their kind by the correct copulation between a man and a woman. Any deviation to this is a violation of God's and nature's laws. In other words, a LBGT person cannot reproduce their own kind; other homosexuals,  transgenders, etc. from traditional mating. So with all being equal, this type of human "mutation" cannot sustain a society much less a species of human. A man driven by sin to exalt himself higher than God is looking to science to make his twisted sexual orientation to work, which ultimately will be abominations. It's interesting that movies are now focusing on "super heroes and villains" all with mutations which fuel the agenda for accepting of any human form that is not traditional and is not God's image.

Our fight with these individuals are not to be direct; but Spiritual, just like any other person who has and been blinded by satan. We are to love and treat them with compassion but never condone their sin and practices. Recently, I heard a pastor calling his congregation hypocritical because they were opposed to laws giving LBGTs equal rights especially in the church. He continued by saying, they are only accepted when they are part of the choir and other ministries, so the church should accept them completely. If this is the case, the church should readily welcome ever kind of sin into their pews. This is how insidious satan is. Just like adding a minute dose of arsenic (sin) to the body will eventually kill, steal and destroy ever characteristic that makes us God's. The church is governed by God's commandments and precepts and not by man's will to keep the peace.  We don't make the distinctions, God does and Jesus demonstrated in Matt. 21:12-13, "don't make God's house one of thieves"; meaning don't defame His Works by allowing sin into it. All sinners are welcomed into the church to hear the message of Salvation and repentance of sins. Once they have heard the message, they now must chose to either life or death.

​​The prankster intent is to hurt and place their victims under the scrutiny of others. This is the devil and his works. All fools day is nothing short of satan using a device to kill, steal and destroy. He does this by placing twisted thoughts into many who are blinded to their actions. He kills by taking your joy, steals by taking one's dignity and destroys by tarnishing his victim's character. Now you say; it's just a joke and everyone enjoys it. People who say this are themselves afraid of the prankster and usually become angry when ridiculed by a prank. No one can sustain self-inflicted practical jokes as it affects their image of themselves. It's like looking into a mirror and calling yourself an idiot constantly. You eventually will believe your worth based on this image. Pranking is really an indication of immaturity. I remember as a child, there was a kid who really got my goat if you know what I mean. We started pranking each other. He sat beside me in class, so I decided to really do a prank, he would remember me by. Without thinking clearly, I placed a sharp pencil upright as he sat down thinking he would jump up as it touched his butt. Unfortunately, it pierced his scrotum. Ouch, that hurts! The only memory that stayed beside the obvious scream was that of the “whopping” I got from my teacher and then from my parents. Needless to say, the pranking stopped from both sides. Despite this, we remained friends.

He, satan is a prankster and is devious with his many lies. One of his greatest prank on mankind is to confuse us as to our heritage as children of God. Our physical manifestation is linked directly to our Spiritual image. He, satan attacks this image by twisting the knowledge of what a man and woman are as defined by God. The strategic area of attack is gender identity. This is an age old battle since Genesis and is coming to its fulfillment today. The enemy goal has always been to destroy the identity of men and women; this is why God has commanded no sexual immorality. - 2 Tess. 4:3-5, not just homosexuality.Some claim because man is such a complex being it should not be disturbing that this is part of his evolution. Is this not ironic that such a highly intelligent creation is reduced to a summation of physiology and feelings. They continue this thesis by focusing on civil rights rather than the obvious inconsistencies of their doctrine. This twist on sex and love has existed for over six thousand years and has not evolved, but remains constant just like every other sin or lie.

LBGT is not about civil rights but evidence of man’s thinking being reduced to only a physical nature. This is satan destroying God’s work which starts with the image given to men and women. The bible is clear when it comes to God destroying this kind of nature starting with Noah's flood due to mutation of the human race by fallen angels - Gen. 6:2; to Sodom, where sexual immorality was rampant - Gen. 19:5; and now the last days - Lk. 17:26-29. All are an indication of God cleaning house and preserving His creation. The media and world are focusing on LBGTs only, but the Word put these and other deviations under the sin of sexual immorality. There is only one kind of sexual relationship acceptable and ordained by God. That is sex between one man and one woman.

April 1st is known as “All fools day”, and is a culmination and celebration of pranksters going about with the single intent of scheming scenarios that have their victims embarrassed, shamed and even convicted of things that they are not aware of. This is done all for selfish intentions at the expense of those innocent people. The origin of this day is unclear but with a Spiritual eye, it's not hard to see who the author behind it is. Some may say it's only “in all good fun” not realizing what they have done. If you every watch those shows of so-called funny videos; where people experience not only physical but also mental hurt from the prank put on them; usually have to smile from sheer embarrassment, knowing they are on television and are forced to be "good sports". Now, laughter is of God - Ps. 2:4; but not at the direct expense of His creations. Laughing at one's self due to "bloopers" is not pranking, but shows maturity and a sustainable self-image. 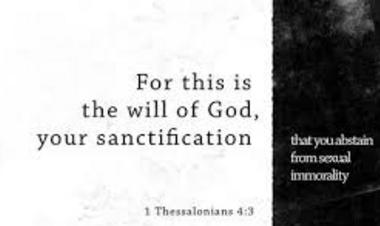 ​He, satan is the greatness prankster looking to pull the wool over God's people at their expense and for his revelry; laughing at how many have swallowed whole or part many of his deceptions. All fools day is the label given to those fooled by deception falling into traps that defame and ridicule them, making them something to jeer at. We must be clear as to our stand on issues as the Word is clear those who practise and encourage sexual immorality (sin) has no place in the Kingdom of God and will be dealt accordingly in a similar fashion to those of Sodom and Gomorrah - 1 Corth. 6:9-20. Paul in verse 12 states, "regardless of the law, not to be controlled by such".

Flush it Out! - Love is unconditional but does not mean acceptance. 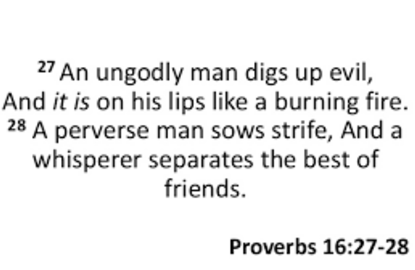