To truly believe as a Christian that God, the Word, and Holy Spirit existed before man; does not need physical proof or written history. This is where Faith - the act of belief - is not depended on any man-made interpretation of surroundings, the world or the universe. When we think about it, what else would an early man have been doing other than sitting on a rock looking at the stars and trying to comprehend all that he sees. It would be natural for him to formulate some concept of a supreme being. This concept would eventually be accepted as truth and put into a form where many could understand and participate in it. This is religion. Religion depends on a set of rules that govern man and some sort of a god. God is not concerned whether we know all truths but to only believe and trust in Him - Ps. 9:10.​ 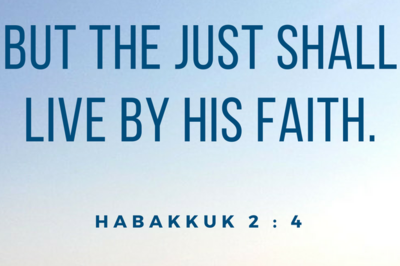 ​What makes Christianity different and believable is that it's the exception to the rule. There are rules no doubt, but more than that there are a relationship and a promise of life after the end of revelations. Most other faiths based on religion only gives dictatorship to a deity that holds us in contempt and places no value on us as a creation of said deity. That's like someone making a cake and then not enjoying it themselves. Throughout the bible there are clear stories showing God's want to enjoy His creation, starting in Genesis. - Gen. 3:8. Every religion will tell you why they are the correct path to a god and point to the flaw in others. As Christians, we are not required to "point the finger" as it were to prove we are correct. But only to state some of the most obvious things that a highly intelligent creation (man) ought to question. Consider these:

These and other statements have obvious answers to them. But for the person looking to dispel the notion that God exists, and reduce our very existences down to randomness; yet they seek to organize and put some form of logical and procedural method in everything. They without realizing it, have already contradicted their own theory on life and it's creativity. Everything natural or man-made has a starting point, which is in itself a limitless notion. The only conclusion is, something was created from nothing which became the starting point. Others profess man's evolution growth, both physically and mentally. Then why be limited with a set standard of physicality and not have multiple components to be more efficient and effective. We should be like "lego" adding as many parts as required. These theories add more thoughts than gives answers.  ​ 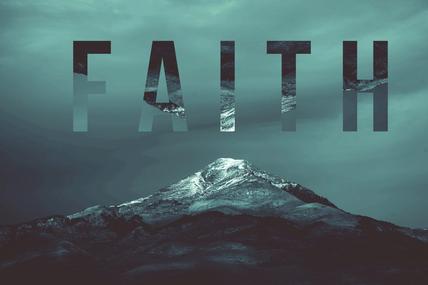 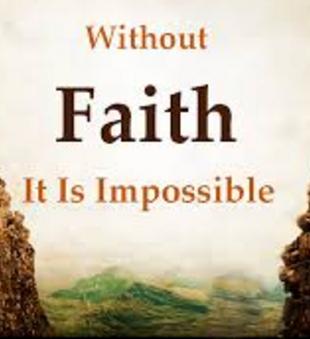 ​​Why do we have creation, man, good, and evil? The answers to these questions provide us every reason for a God who is our Creator, Father and protector, wanting a family to share all with; on an intelligent and heartfelt level, and having fulfillment in all things. This in a constant expanding universe that operates by Faith and belief within a system designed for relationships and societies. When we believe in the presence of God everything else finds its place in our lives, regardless of experiencing goodness or evil, joy or distress; knowing that by the action of belief  (Faith) we are justified to be sons and daughters of a Father whose kingdom we will share in eternal life.

Flush it Out! - Put on blinders so no distractions compromises your belief and the finish line.

​As Christians our core beliefs are one true God, the Word becoming Jesus, the working of the Holy Spirit, divine creation, man's fall into sin, and his resurrection (body and spirit) into the family of God with life everlasting, and eternity. Without these as the foundations of  our Faith, we allow weaknesses in our belief system. This action is the one true thing that our God wants from us, for by Faith is He pleased -  Heb. 11:6. This foundation supports everything else that is recorded in the bible, physical evidence and even unrecorded events that demonstrate an unknown force, we refer to as God's hand in our lives. ​

​To believe in God does not require a special season, color or any other trappings that religion uses. True Faith and belief only require our intangible action of expectations. This cannot be measured scientifically but only by the "proof in the pudding" do we know God exists and cares for us. This is where personal relationship with Him begins and builds our Faith. Just for a moment as if you were that person on the rock looking up at the stars, your first thoughts may be the beauty and magnificence of it all. How does it exist and operate and why? That is the main question to ask in all things, "why". This age old question has led mankind into various paths which brings either true enlightenment or true darkness, including half truths. This starts the basis of any belief system.

Make no mistake, all believe in something, even if its unbelief that forms their basis for thoughts and actions like atheists. We cannot force our Christian belief unto others because it would be contrary to the God given right for freedom of will. Jesus could not even accomplish this by mere words or actions but only by being an example and using miracles.  - Lk. 4:24, "no prophet welcomed in his own town";  Matt. 13:58, "their unbelief prevented miracles". The more we complicate our system of belief in God, the more we lose this belief and move into unbelief by the churning of logic - 1 Tim. 1:4, "useless discussions, Faith is only needed". Just like a whirlwind of water fed by unrestraint thought energy; a funnel develops that pushes downward (us) into an abyss of an ever tightening vortex, self feeding for the sake of thoughts. At some point we have to make the decision to believe.​

For many of us, this word presents us challenges, not only on the physical but mostly on the spiritual level. It is easy enough to believe something that we see and feel with our senses but to accept the unseen can at times, to say the least, be daunting.  To believe means to have Faith in God, Jesus, and the Word. It also means to believe there is satan. It's easy and spiritual to acknowledge the goodness of a loving God who sent His Son to die for usand has given us the Word to live by. But can we also acknowledge there is a devil called satan who wants to kill, steal and destroy anything and anyone that gives glory to God. To acknowledge the good without the evil is making Christ's crucifixion of no effect. For without it there would be no Salvation, Grace or relationship with God - Rom. 5:8.

For those who say they don't believe in "all that spiritualism" and "good against evil drama" have not realized that they already have demonstrated the belief in satanic activity - 1 Pet. 5:8. Everyone has believed in something even if they don't acknowledge it. If all religions profess a good and evil side, and this has continued for thousands of years, then why would an average person think they know more than hundreds of others who came before them asking the same question and came to the same conclusion. All religions reflect partial truths, believing that Faith and belief in a spiritual force affect our physical and spiritual lives; even modern religions. Some religions claim because they are older than Christianity, then they are the correct faith to live by. They are correct based on their belief !