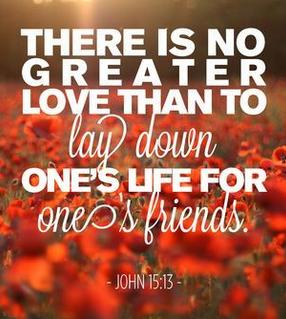 Tradition only tells us that we can celebrate annually because we just need to remember it for a day. Just think, if we only gave a hug, kiss or a word of affection, encouragement or help once a year. For the rest of the calendar year, all our efforts would be the pursuing of money, houses, cars etc. Sounds familiar. Look at your life and calculate the hours spent on material gain to those spent on relationships. Isn't this the world's (satan's) way. God's way is one of relationship. He did this in five days, creating the firmaments (earth and sky), creatures and food. The sixth day, He created humans, and on the seventh day, He rested. Now rested does not mean He took a day off and vegetated under the sun to get a tan. Here rest refers to God stepping back and seeing all things were good and satisfactory. He did this just for you and me so we would have no need or want, and could focus on having a relationship with Him. Jesus also did this.

Throughout Jesus' time during His ministry, He developed relationships with the apostles and others as well.
Consider these relationships.

1. Peter was one of the first persons Jesus recruited as a follower and being a fisherman is not coincidental as this type of work requires patience, determination, and expectation. Just like any church leader, these qualities would be required to shepherd a flock of believers. Jesus was not only hard but also gentle with Peter who was given the mantle of the early church - Matt. 16:18.

2. John also a fisherman assumed to be "the beloved one" is cast as the apostle whom Jesus confides in and leaves His mother with him. He is most know for being the author of Revelations. This alone demonstrates how much John has earned the trust of God.​

​Ultimately, sacrifice is the offering that makes us righteous again and has deep meaning and covenant significance, especially when it costs us and God something. This is sacrificial love and we do this every time we deny ourselves and give praises to God; acknowledging all that He does for us and not take Him for granted. Keeping ourselves renewed to Jesus' sacrifice of Body, Blood and Words has a place but knowing and living His reasons has more effectiveness in our lives and is a continuous praise and thanksgiving for His life.  We do this by not keeping Jesus on the cross nailed to it, but walk out our freedom from darkness, rendering satan at our feet and elevating us to sit with Jesus in Heavenly places.

Flush it Out! - The tree has been dead since Jesus left it. Don't keep watering it. 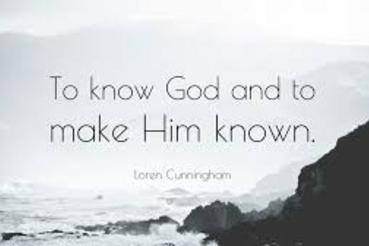 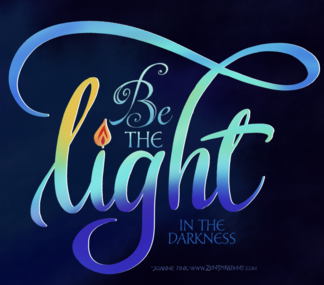 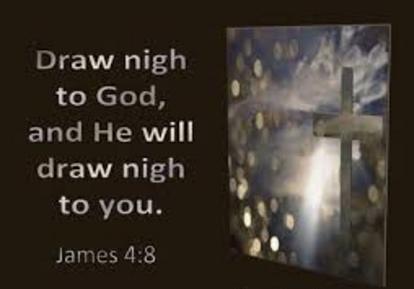 ​If you have ever worked in the corporate world the acronym T.G.I.F - Thank God Its Friday - is one of those expression that brings smiles to many who can't wait to preempt the weekend, with libations at the local hangout with people trying to forget the weeks issues and kick off personal time away from the boss and work. Isn't it funny and ironic that these individuals use the name of God for something so carnal and obviously ungodly as part-taking in such activities could potentially lead to addictions, adultery, and poor judgment. All the while not realizing the real significance of TGIF.​

​The Last Supper is when Jesus is preparing to be handed over to the Romans by Judas. It would be His last opportunity to impact the apostles and leave final instructions. The Bible only focuses on the significance of issues and rightly so but whereas the events are recorded in a few verses, we must remember this was also the celebration of Passover. This being Old Testament, is when the Jews celebrate their deliverance from Egypt's pharaoh, and the move towards the promise land. Both of these celebrations are signifying the same thing. We move from darkness, oppression and evil, towards light, freedom and righteousness. For the Jews this deliverance is by the hand of God; for the Christians, this deliverance is by the Sacrifice of Jesus. Hence, TGIF!​

​3. Zacchaeus, a small man was treated by Jesus with no inhibitions despite being a tax collector and He singled him out of the many people who would have been in the trees trying to glimpse Him as He walked pass - Lk. 19. Jesus spent time in Zacchaeus home, which for any Jew would be a big honor and be envied by others.

4. Jarius sought Jesus to save his daughter, who after being delayed raised the dead daughter to life. Jesus had to go some distance to Jarius's house and along the way, He would have been crowded by others seeking His miracles. Jesus did not allow this to distract him to Jarius desperation - Mk. 5:21.

​Sure, we all wait for the week to pass so we can relax and do the real things we want to do on the weekend.  But TGIF for Christians should be about God, Family, and Church (Community) as ordained by God starting in the Garden of Eden. God worked six days and then rested on the seventh. For many, rest starts 5:00 pm on Friday, while others 6:00 pm on Saturday. The whole idea is work before rest.

Christians all over the world, especially of catholic persuasion, will be remembering, as well as celebrating Jesus' last days on earth; referred to as the season of Easter. Easter, originally a pagan holiday like many, was adopted by the Roman Catholic Church as a means of assimilating pagans into the Christian Faith. The true effect of this is debatable. What is factual is the rapid growth and subsequent numbers of Catholics all over the world. Easter is a tradition for many,

regardless of faith or lack of it.

The Easter celebration starts with 'Holy Thursday', commemorating the Last Supper, and then Good Friday (the Crucifixion), and finally Resurrection (Easter) Sunday. We can appreciate the need for traditions that keep in memory significant events as well as strengthening the Faith and Family bonds. Yet, at no time were the early Judaeo-Christians instructed to keep a tradition of the crucifixion or resurrection of Jesus Christ. The only event Jesus asked us to do was to remember the last supper in remembrance of Him - Lk. 22:19.  Why is the last supper significant to Jesus and why should it be significant to us?

5. The Prostitute who anointed Jesus' feet used an expensive ointment which could have been sold, giving her money. Here, Jesus defends her from the accuser and shows compassion relieving her guilt -  Lk. 7:37.

6. Paul (Saul) is known for being a strong advocate of the Christian Faith who was tasked with spreading the Word to Asia. Although not seeing Jesus, receives his calling from our resurrected Christ and is attributed to the books we all use today in our Faith-  Acts 22:7.

All these and many others had a personal relationship and kinship with Jesus. In every event, Jesus uses the time to not only build belief but also relationship by going the extra mile and giving a personal touch. He is not only after followers but more so, part-takers, co-joined for all aspects of Salvation. We all have the same opportunity for this type of relationship, not only with Jesus but also God.

When sacrifice is by giving your personal life, this is the greatest form of love - Jn. 15:13; and forms a deep, intimate relationship bond. A bond that not only transcends the spilling of blood but also the merging of mind and spirit. We don't sacrifice our life for strangers but for those that are dear and intimate to us. This is our relationship with Jesus and God.

Thank God It's Friday is a day that can be celebrated throughout the year for at least fifty-two times. It does not need to be linked to any other holiday or tradition because it's made for a personal relationship with God and Jesus, who gave all so that we can be saved and be sons and daughters of His kingdom. Interestingly, the number 5 and 2 represent Grace and Unity respectively, in bible numerology, both of which is required in any relationship. Jesus was crucified, sacrificed on a Friday because it was personal to Him and God, that satan had stolen from us and by this crucifixion everything would be returned. Some see Resurrection Sunday as the most significant day in the life of a Christian. This is because they say without Christ's Resurrection, Salvation could not be completed and Jesus would not have conquered death completely. Resurrection is indeed significant but more represents the renewal and refreshing of the mind, body, and spirit into a divine existence. The bible has many examples of the body being resurrected from the dead and also being transported into Heaven. After His sacrifice, Jesus would have needed to leave the earth and allow God's plan to continue. This would be the saints administering their authority as righteous heirs.