There is one phrase that every Christian has heard, and is cautious not to offend, and that is “don’t judge"; they fear of someone accusing them of being “self-righteous”. Some have even gone to the extent of saying “when you point your finger at another, you have three pointing right back at you, meaning for every judgement there is three for you. Many have misunderstood this phrase and it has been one of the most misapplied sayings, with religious overtones, with no true foundation at all. Yes, the bible does talk about not judging one another because by the same measure that will be your judgement. - Matt. 7:11. Yet today, more than ever we have to judge our walk, those we socialize with, the things we do and accept, so as to keep ourselves separated and prepared for Christ's return.

But before you judge me, let's examine where the truth is plain to see. The bible is filled with judgements resulting in condemning those who are not following God’s way and commandments. The bible records the first judgement which is not from God, but from Eve when she did as the serpent fooled her into doing; followed by Adam's poor judgement also. By their misjudgement; God had no choice but to judge their actions and pass sentence. This judging of all those who follow after evil continue through the old and new testament and culminates in Revelations. So why are we so afraid to judge, when by definition in means to discern or have prudence.

​​When done with the righteous spirit of God, judging oneself and others can only result in the building up of the individual and the body, as long as we give and receive with a righteous attitude in agape love; which conquers all - 1 Pet. 4: 8-11, "love not grudging, minister to each other, be good stewards, speak as God would speak". Unfortunately, most are easily offended when another Christian points to things in their life that is not Godly. This is because we are conditioned from an early age that judging is a bad social skill and is used to tear down, rather than build up.

​This is satan's twist to the original plan of God, where no judging would be required because all would be perfect. Judging (evaluation) is a good thing, when used to attain a higher spiritual Christian walk. We must forego the religiousness associated with judging and embrace with openness, knowing the exposing of sin and flaws gives only opportunities to self improve and become stronger for God. We do this by agape love, and in some cases very firmly; not seeking to embarrass or condemn, but through edification of the individual for greatness and completeness in Christ. It is a form of working together as long as we keep our objectivity, and shows a deeper care for each other; supporting the very call that Christ gives us, that we will be one with Father.

Flush it Out! - Righteous judging is without fear.

The standard religious cry is we are guilty in our faults as the person we are judging and therefore when we judge, we are being self-righteous and hypocritical and ultimately not waking in love. Matthew 7, outlines this quite clearly. Yet, the person who is charging us as being self- righteous and should not judge is themselves judging us judging others. So someone is still ultimately judging someone. Other religious mindsets also warn of God’s wrath on the person judging and threatens fire and brimstones on their heads. In Matthew, it is clear, judging is allowed under a clear conscience with a right intention of the heart, - Matt. 7:5, "remove the plank in your eye first, and then help remove your brother's".  Some Psalms and passages in the New Testament talk about admonishing, (reprimand, criticize) your brethren and as in 2 Tim. 3:16, "do this for training in righteousness. There is more justification in the bible to judge righteously, than the dangers of judging. We can't hope to grow in righteousness without the standard laid out by God and measure it against the world and satan's standards. What must be clear is our reasons for judging ourselves, other people actions, or a thing. Is it out of love for someone's eternal life or is it out of condemnation to sentence someone to hell. The former is where the Christian walk should be. Is friendship more important than speaking the truth? The sinner does not know they need to judge because they have no standards. Just like the laws have no benefit to a righteous person - 1 Tim. 1:9, "law not made for righteous persons but for the lawless". This is why God gave the ten commands, so His people had something to measure and be guided by, so as to judge or discern their walk. We must remember, prior to Adam's fall, there was no need to judge or discern.

Who started all this judging anyway and promoted that to be prudent we ought to judge. Judging is really evaluating so that we can give a balanced and justly response, based on God's standard. God instructed His people to judge others and respond with impunity against those who did not meet or comply, to the point of eliminating them from the face of the earth. God gave specific instructions on taking the pagan cities in the promise land, and when one attack failed, Joshua inquires with God, who reveals some of his soldiers have disobeyed His instructions. Joshua is swift to pass judgement, condemning them and their families to death - Jos. 7:25.

​Others were lost, and even died because of our own personal hang-ups, and selfish righteousness, We did not judge their actions righteously to save them. Jesus was not out to condemn any man, especially the Scribes and Pharisees, but He was attempting to wake them up, as to their path which was leading them to death and separation from God. Luke 6:32-35 says, "what credit is it to love someone who loves you, but love your enemies also." In other words, treat your enemies with the same measure of love you give to those that love you. So if a loved one was addicted to drugs, we may be forced to intervene, even against their free will, and place them in a rehabilitation facility, with the hope they eventually would become healthy in body, mind and spirit. So more, shouldn't we intervene for somebody blinded by satan. God does this all the time through His works, which include His agents, which are the body of Christ. The apostle Paul makes it clear, whenever we see a brother or sister being anti-christ-like, in ignorance, we have a responsibility to admonish their actions and assist them back onto the righteous path - Rom. 15:14, "also able to admonish one another". This is one of the very few times when the means justify the end results.

Judging doesn't mean you pester and aggravate; pointing a holy finger, but with the Holy Spirit be guided in time, approach and love. Planting righteousness into others, gives the inner seed of life all the opportunity to grow and flourish. When we see, through the eyes of God, someone making wrong decisions, having an anti-christ attitude, it would be normal to do all within our abilities to steer this individual back onto the right path.​ 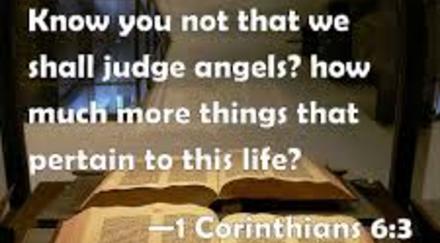 Jumping to the New Testament; Jesus, Paul and others are discerning (judging) all the time, measuring the appropriate response from the sound doctrine. In Matt. 23, Jesus is stern in criticizing the Scribes and Pharisees in front of others; even calling them fools; judging their actions and even condemning them to hell - Matt. 23:33, "how will you escape hell". Yet, in this entire tirade, He demonstrates He is concerned for them, because He has judged with the right heart - Matt. 23:13-27, "Woe to you". He says this to them seven times indicating how sorrowful the concern for them was. Jesus says "judge with righteous judgement" - Jn. 7:24. He did this with the prostitute as she anointed Him even though it was the law to condemn her - Lk. 7:37-38, telling her in verse 50, her Faith has saved her. We only judge, discern and evaluate only out of a deep concern for Salvation and to free people from satan's bondage and yokes; removing any condemnation over them. So why do many Christians have a challenge to judge when it's clearly in the Word as a prudent and righteous thing to do.

I suggest it's because we have yet to come to that place where all our actions and attitudes are from the true Christ-like perspective of the righteousness of God, having not only the mind but the action and attitudes of God and Christ. Even after God has established His Kingdom back on earth, we will be commissioned to judge the fallen angels - 1 Corth. 6:3; Paul citing if this is the case; how much more we should judge this life; meaning the anti-christ things. We can't seem to get away from judging someone or something.

​​The foundation for having the right for judging has to do with God's and Christ's very being as righteousness. You can even say their "self-righteousness", because there is no other standard but themselves. God does not say He is like such a person or thing. His only description of Himself is; "I Am". That's a bold and boundless statement. So, just as Adam was God's intended image of Himself, so are we; adopted and embedded in that image. And if by His image, then by His attitudes and actions are we made His true sons and daughters. Then righteous judging is a part of our DNA. Just like agape love, the correct practise of judging is unconditional and from a godly heart; not seeking to condemn. James 2, speaks about being impartial when judging others. We focus on the actions and not the individual.  When you really reflect on it, to love is to judge with a righteous perspective, supported by Faith and Hope for that individual's growth and engraftment into all God has for them. This would be the same when we self judge (evaluate) ourselves.

God put in place the act of judging for righteous reasons, and not for the evilness of condemning. When the good sheep is separated from the bad goats, it won't be because God is out to condemn the goats out of spite, but it will be because by the lack of self judging to His standard the "goats" will have self condemned themselves to the pit. God is love and desires no one to be condemned. A sinner or misguided Christian may not know to judge, discern or evaluate aspects of their lives because of their blindness. I am told of a story, where a Christian singer eventually turned away from God, despite all attempts, and because they did not heed the call of those 'judging' their actions and attitudes, is now lost in the world of satan. These people who judged only cared for this person and did all they could. But with Hope and Faith, they can continue to pray and before judgement day, this singer can still receive forgiveness and Salvation. We are responsible for planting seeds of righteousness and care. God is responsible for forgiveness and saving . Did you know, Salvation and forgiveness cannot be given if there is no asking? If that is so, how can a sinner ask for salvation, or a Christian ask for forgiveness if they are not aware of their present condition, without someone identifying it to them. 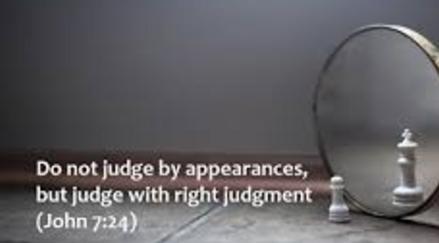 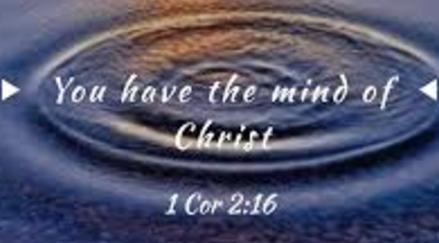