​The first thing about his way is, he uses deception. Not by an outright lie, but by taking the truth, twisting it, exaggerating it so it sounds like the truth, causing us to not question its validity; like imitation crab meat. Eve fell for this, as many do today because we don't take the time to question the accuracy, and source of statements before we act on it. This type of deception has exponentially grown with media in all its various forms today; traditional newspapers, YouTube, and social media platforms. It has been said that if you tell a lie long enough, to as many people as you can, it eventually becomes recognized as the truth. Today, that is possible, as we are bombarded 24/7 with media from smartphones, RSS feeds, twitter, instagram, and many more too endless to list as the list is in constant growth.

Just like a magician using sleight of hand to fool us, and distract our attention. Being this deceiver, satan uses various techniques to defeat us, and cause's sorrow, pain, and
destruction in our lives. He did this by starting a rebellion against God, resulting in two thirds of the angels losing their place in the Heavens, and ever since he has continued his destructive ways. Of course, he often does not come at you head on, and usually will use your self-imposed weaknesses against you. His strategy is to make it look like it comes from within us. He won't try to take credit, and he will throw the blame in the directions we least expect. In order to defeat him we must come to learn and know his devious ways and weapons.​ 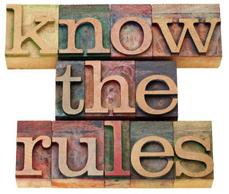 ​Our identity in Christ is critical to our Salvation, Victories, and  representation while we are here. We already see slight changes in recently published bibles, altering the meaning and interpretations. And just like any oppressive army, satan is systematically removing God from any place of gathering. Books may soon become illegal, where information is only digital, thereby giving those with controlling interest, the ability to manipulate, censor, and even delete such information; being able to dictate what we know and identify with. But to be clear, like any oppressed society, this knowledge can live on, through those who keep memories, and hidden references. Many Jews are returning to Israel for that very reason, to keep, and practice their identity. Today, along with the Jews, Christians are singled out as the two foremost Faiths that threaten the push for pluralism in religion and society.

Fear is satan's overall greatest weapon. It can paralyze, confuse, and disorient us from making the right decisions for ourselves, loved ones, and future destinies. In any war, this weapon is the most effective and long-reaching to subdue its victims. This is seen when used with charging horse cavalries; when Germany used blitzkrieg tank attacks; and recently the shock and awe of precision, overwhelming bombs and missiles. This fear tactic, from satan, is not physical, but psychological. The intent is to slowly render our God given abilities, especially Faith, useless, unproductive, and ineffective. It also has the ability to affect generations of innocent people. God clearly states, many times, "Do not have fear", so it's no wonder satan's favorite weapon is this. He may use it directly with a suggestion, or indirectly through media, and even family and friends. The story of Jairus (Matt. 5:22) makes this clear, as Jesus was delayed to see Jairus' daughter, resulting in her death. On arriving, Jesus said to them, "she is only asleep" and proceeded to remove those insisting she was dead. He did this, to remove fear from Jairus; bringing hope and faith into play to resurrect the daughter. To hear rumors of fear is more of a challenge than to actually know of the thing to be feared, because it makes us unsure, bring doubt, while knowing the fear, gives us something to face and take action. This fear tactic is to get us to stop trusting in God.

​We, the Body of Christ, must recognize that our enemy and his agents are on full active duty. There is no reservist in this war. All have been consigned, either for good or for evil; and having excuses, whether physical and/or mental, will not prevent anyone from being placed on the battlefield. It's the ultimate Good vs. evil battle. Where being lukewarm is an automatic death sentence. We have been given the weapons of warfare; the Covenant, the Blood, the Angels, the Word, and Faith (Christians Believe Anointed Words Faithfully).

Our Victory is only a dream, if we do not recognize the enemy and deal accordingly to restrain, defend, defeat, and for some, attack him and spoil his territory. We know that he comes to steal, kill, and destroy; especially the believers of Christ. We all have personal experiences of his wiles and tricks. Isaiah 14:16, says "when we see satan's true self, we will be perplexed as to how he could have caused so much trouble for us". He will have no charisma, strength, or character; maybe looking like grandpa from "The Simpsons". If any credit is to be given to him, it should be that he is the great deceiver. 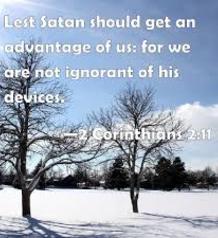 Fourthly, satan's goal is to remove the knowledge of God, and replace it with his own. This is to give his identity as the reference point for people to imitate and aspire to be. It's the most effective psychological tool when you want to control and enslave. It's been said, a lion was placed in a cage and after several months, the cage was removed and the lion never exceeded his boundaries. The lion no longer recognized the fact that roaming was a key part of his nature. He no longer recognized himself. ​ 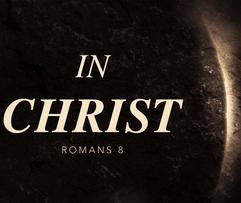 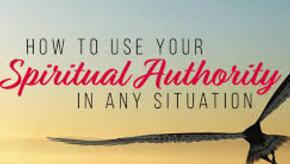 Luke 10:18, "I saw satan fall like lightening from heaven" tells us that he, the anti-christ, is here with us on earth. 1 Peter 5:8, says "satan is roaming around on earth looking for whom he can devour". Our enemy is real. Let me say again, our enemy is real, and active. Satan is the enemy of the state; Heaven, Earth, and our Salvation. As a Christian you are automatically drawn into a war, knowing that the reward is to sit in heavenly places with Christ, 2 Tim. 2:3-4. "endure hardness, as a good soldier of Jesus Christ and do not get entangled with the affairs of life".

It is a spiritual war (Eph. 6:12), and failure to fight will not prevent spiritual losses, physical casualties, and/or death. The mere fact is that as we are steadfast, the Victory is won, and satan loses ground in our personal lives; every time we overcome him. Anything that does not build up, does not solidify, does not bring joy, hope and faith, is probably one of satan's attempts to steal, kill, and destroy. Lets not forget who and whom's we are in Christ Jesus, and that "Our God fights for us" (Deut. 20:4, Ps. 18:39, Luke 10:19).

Flush it out! - Quoting Bible verses is like shining one's armor, applying the word is fighting for Victory!

The second weapon, legalities. In the case with Eve, he (satan) added his own words, and rephrased what God had said. If you ever watch any fiction law show, most of the arguments are over the accuracy of interpretation; of what was said, seen, or done. It's not the intention that matters, but the result of that intention. For instance, you can say "I am going to kill you" but until that person is murdered, your words have no legal binding; it's only circumstantial evidence. By acting on his deceptions, we make it legal.

​Satan is the accuser, and uses this to convict you to God, and God being Righteous, has to honor His Word, Commandments, and Ways. Back to the Garden of Eden, God said, "eat of the tree and you will die"; satan rephrased "surely you will be like gods when you eat of the tree" hinting that God was holding back on them for what was their birthright, thus prompting a response from Eve to chance the unknown. It was a taunt, a dare, an innuendo, that ended in sorrow. The tree being the subject, doesn't matter, it very well could have been a stone. The legalism was not eating the fruit of the tree, but disobeying God's commandment not to eat of it; violating His Trust. Have you noticed that the law is under pressure for interpretation to the letter, and not for the spirit of why it was established in the first place. That is legalism at its worst.

A third way satan moves against us is our natural fleshly desires. The biggest one is ego; wanting recognition in some form or another. Self ego is not bad, but the twisted and extreme application of it is. That is satan twisting what is good, whether it is love, enjoyment, or simple humanity.  His intention is to have us at a lower creation (animalistic) disposition and carnality, so we interact on compulsive feelings and instincts, expressing ourselves through physical means, rather than spiritual acumen of good decisions. We can see men taking on a woman's traditional expression through enhancements and expressive colors, and accessories. Just like in the animal world where some male species are more brightly colored, having appendages to attract and compete for females. It is the twisting of the roles. This is why, the world (satan) is pushing for trends; laws that break any boundaries that restrain vulgarity, self expression, and inappropriate matter. Soon, decency will be frowned on, and declarations of "I am who I AM" will be the mantra. This, for me, is the original sin, and not the story of the Garden of Eden. It is when Lucifer wanted to be as God, and declare he is the I AM, Isaiah 14:13-14, "I will ascend, exalting my throne above God and be like Him".