​Every day, there is some new ideology, lifestyle, diet, etc. (like the Jedi Religion) meant to drain our resources and time away from God, just as in the Colossian's time, Col.2:8, threatening to chain and cheat you of your reward that is in Christ Jesus. These types of philosophies are deceptions, leading to enslavement and back to the curse of death. They are another form of the law for which we are made free by the blood of Jesus.

Paul wrote this letter from prison and knowing what happened, did not charge the Colossians to evict those causing the trouble, but empowered the faithful to strengthen their own declarations and redeem the time with love. (not putting themselves in strife, thus withholding the blessing of God).

Flush it Out!: Victory, personal or otherwise can only be achieved by single mindiness and purpose.​

Whenever I read Colossians I kind of go through a mental checklist of my Christian walk. This book really energizes me. The Colossians faced dissension and confusion within their ranks. This was due because they allowed the mixing of the true Faith with other religions and laws. Sounds very similar to what's happening now in our world. They were willing to accept the easy parts of Christianity and not deal with the challenging aspects. Today, it's known as PC (political correctness). As Christians, we have no middle ground to take our stand. God, Himself, states in Rev. 3:16, "I will spit you out!" for being lukewarm. Now, God is Love but also of Justice and He can't compromise His own Words and Commandments. What many face in their daily walk; the Book of Colossians presents and gives Hope, Faith and Victory by empowering to fight the good fight of Faith, knowing without any doubt the Grace given to us, and that we are the beloved of God. 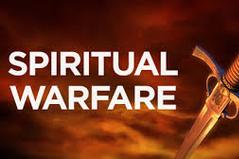 As the final Battle looms closer, one of the enemy's strategy will "turncoat" many who are not grounded in Faith to the Truth of Jesus Christ. This he does insidiously right under our noses. The enemy has already armed his forces to seize the lost and imprison them by using those who have fallen away, 1 Tim. 4:1, " latter days some shall depart from the Faith". This is inevitable in all wars over sovereignty.

​Yet, many say what can it hurt to try out something different or similar to Christianity. Don't you see; being "lukewarm", "open" is the lure that starts with curiosity, but eventually leads down a path of unrighteousness, (based on God's view, not man's). God gave us a one time choice between death or life, not a 'get out of jail'  free card as we please. We want God in our lives, then we should be accountable to Him.

You see, never in human history, is man in full grasp of self determination. With rapid advances in technology, communications, and medicine, including practical space explorations on the horizon, it seems there is no need for a higher spiritual power, and the hope, faith found in the Savior, Jesus Christ. "Babylon" (Gen.11:4) is now more possible with all these advances and as before man seeks to magnify himself greater than God.This has been satan's goal all along. Colossians in chapter 3 encourages us to keep our focus on things above of God, solidify our faith, determine to express the persona of Jesus in our life, setting the right example for Church, Family and Community and stop swaying from old to new man. Every journey leads towards victory or defeat, the former is ensured by our attitudes and actions to the ultimate desires. In this case, Heavenly Salvation, and Birthright !

The walk of Christians today should not be caught up in man's laws which changes constantly, but the commandments of God which are eternal. We know from the Word that these things must happen before Jesus returns, so getting caught up in worldly affairs can lead to many leaving the Faith because of taking things in their own hands. Jesus said in Mark 12:17, "render to Caesar his stuff and to God, His stuff." So when Christians, break the law of the land thinking we are standing for God; we crucify Christ all over and make His work of no effect. The fight is not physical, (unless in immediate life or death circumstances) but spiritual, and God's Victory is not helped by us fighting "as man would" for a battle that is not ours to win. Ex. 14:14. "Be still, the Lord fights for you". We must seek to continue Christ's foundation and unity of the faithful through Love, first with God, the family, and then the church, thus becoming the "new man"; having all Grace, Spirit and Mind of Christ. To be clear, Godly morals is like a flag that Christians wave, but not a spear to impale causing fatal results. 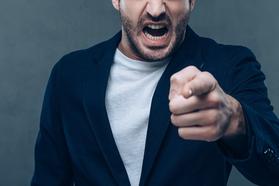 ​To defeat the attacks, we must be filled as indicated in Col 1:9, "with knowledge in all Godly wisdom and spiritual understanding, walking worthy of Him, being fruitful in good works, strengthened, patient, joyful, and thankful in being partakers of His plans delivering us from the power of darkness".

This can only be done, when we personally take the necessary time with Him, His Word and apply all He tells us to do. There must be times allotted for the mediation on the word, prayer, fellowship and study. For some of us, it means reducing or even eliminating secular media, sports and even church time; yes, church time. Attending church and being involved in ministries with no personal spiritual growth actually puts many in the enemy's bullseye, because it's easy to fill these roles, thinking that it's sufficient to defend you against attacks on your Faith. Now, I am all for good works and starting a feeding program for the homeless was fulfilling and does have it's place, but did it save that person; did it get them out of the prison they were in because they lacked all that Faith demands and could do for them. All that was filled was the flesh, so the flesh became the focus. But to have Victory, it must first start with the mind because our war is not about the body, but the mind and ultimately the Spirit. Eph. 6:12, "spiritual wickeness.". We need to protect our personal Faith, not by defensive but offensive measures. 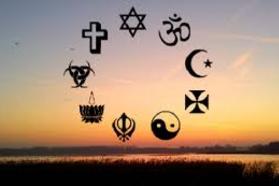 The world, your enemy, will not change when we fight at their level, but as Jesus demonstrated He went about as God directed Him to do, allowing the Spirit to convict those who listened, seeing Him through the Word and with miracles yearned for Salvation. We stay vigilant, prayerful, walking with wisdom and grace onto all good works prepared for the move of the Holy Spirit of God. Col 4.