Grace is a precursor to forgiveness and when we take Grace for granted we are taking God for granted and sooner or later His presence, which is Grace is withdrawn. Grace provides for knowledge and the Holy Spirit; yet God says, "My people die for lack of knowledge" because it requires partnership for Revelation. The receiving of Grace is our responsibility because it depends on our attitudes and applications to all God has provided, ordained and allows, especially since Jesus’ restored all that Adam lost. When Job caused his own trials and tribulations; God did nothing to interfere but actually scolded Job for his own self-inflicted pain and troubles. Grace was made available to him, only because God used his experience as a lesson, including to others showing regardless of lost; God will honor His sovereignty to restore. This is also seen with Paul when he asked God to remove the “thorn in his life over three times”; which God simply replies, “My Grace is sufficient for you”. Later Paul, tells us to rejoice and be in Joy with the trials and tribulations that we face on our journey to finish the race. Grace is used not only to help our journey but to edify, build and strengthen us. 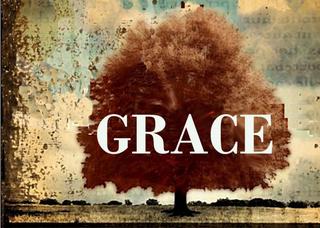 Grace recognizes that we have and will fail regardless of our penitent vocalizations and actions. It is forever as a part of God’s personality and governance, here on earth and in Heaven. It was Grace that allowed Lucifer and the third of the angels to be thrown down to the lower heaven and not be destroyed. When God created His Kingdom, it was with the intent of perfection, infinity and to be eternal; but knowing the future God enabled Grace to be used for He cannot deny Himself as a God of creation and not of destruction. It is why a spirit cannot cease to exist but will remain as a part of or in separation from God.

Grace was first applied in the garden when God knowing the tree of knowledge had been violated sought Adam and Eve for an explanation by calling out to them. Grace is practiced and demonstrated by patience but does not avoid or address the issues at hand. Grace is never to be used as a reason not to confront sin or wrong attitudes. From the garden; God already knew that Eve would fail to obey His command and that Adam would fail to take responsibility. God did not prevent satan from entering the garden because He gave Adam the authority to safeguard His creation. Grace is not a “free get of jail card” from what God has ordained to be the role of man and of a woman. Grace is in place because of sin, which is disobedience to God’s authority. 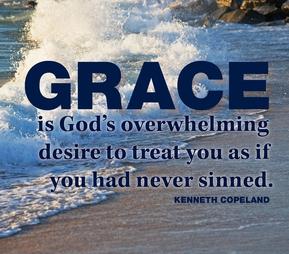 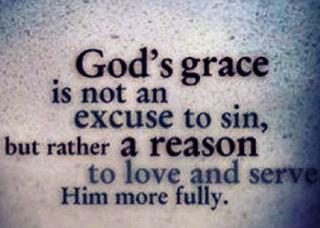 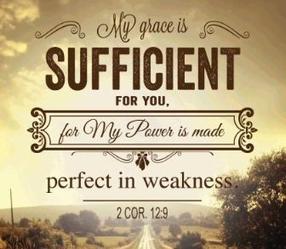 Grace is what is given to balance disobedience to God’s will and the sin nature started by Lucifer. For the knowledge of good and evil exists in Heaven but is restrained by God’s Righteousness and Decrees. Consider that with God there is an acknowledgment of evil and this is dealt with swiftly because even though Grace exists and is available, it never overrides Righteousness and essentially the foundation of Heaven. Grace is the reflection of God’s mercy and compassion for the fallen state of man but will never void the judgment of Righteousness. The ultimate example of this is with David; as King, he had more opportunities but also more responsibility to demonstrate and reflect God’s Righteousness. God’s Grace is demonstrated until David begins to cover one sin with another because of fear and God had no choice to apply the full penalty of His Righteousness, with David having to endure shame. Grace is measured equally across all levels regardless of status, gender or position; but does not provide immunity to the act of sinning. Grace has its limitations.

God’s application of His Grace is demonstrated through the Old and New Testament and continues today, because of God’s patience and Jesus’ sacrifice but this does not alter His decrees and commandments from Moses to today. If anything because of the redemption plan and resurrection of Jesus; our period of Grace is under more scrutiny by the authority of God’s Throne. Prior to Jesus’ final act, it is stated, “God is not mocked”. This makes clear how our attitudes to God’s will affects our standing, regardless of His Grace, mercy or compassion in our lives. It is also confirmed in Revelation when God states, “I will spit you out for being luke warm”. Grace should never be taken for granted or abused.

Grace is never a privilege for being saved and being a part of the body of Christ. Grace is a reflection of God’s unconditional love for us which does not deny His resolution to have His perfect creation here on earth as it is in Heaven. Grace will be suspended when this age has ended and everyone alive or dead will be judged and receive their just reward with no appeal. God’s court are not the world’s courts where the law can be abused and twisted to the desired outcome but is justified only by God. Grace will never be taken from us.

Grace has its conditions that must be met before God can apply it. This includes a genuine heart in asking for forgiveness when we fail to uphold the decrees and commands of God. Grace requires us to grow into maturity and take responsibility for our actions or face a continuous reoccurrence of appeasement for sinning which defeats the purpose of Grace. To sin separates us from God and forgiveness re-establishes the connection to God, but the gift of Grace is what conditions our journey to a better Revelation of God and is hampered based on our mind and spirit. The classic example is with the Pharisees; who sinned and had forgiveness available but through carnal thinking, ego and stubbornness failed to receive Grace which would have opened enlightened them to see the errors of their ways.

A life without Grace would be horrific and traumatic; for all of us can never truly be the end all for everyone and everything. It is what opens up the venue for harmony, peace and most importantly reconcilement. Without Grace, we would have no recourse but to labor in vain for our forgiveness and Salvation. It is what distinguishes YHWH from other deities. God's Grace is not dependent on anything except His Righteousness and Desire for all to come to Him through Christ. Grace is a gift from God because He knows our frame and how much Grace is received depends on our personal growth and walk in Christ. God's measure for Grace is never biased but without our complete appreciation of it, we tend to fall short of its purpose and divinity.

Grace is God’s will for us to grow up into Christ so that as Christ all things of the Kingdom will be available to us. God does not want spoiled, unappreciated children in His Kingdom, but responsible heirs of His Throne. Grace is not only God’s patience, tolerance, mercy and compassion for a lost and saved creation, but is His will for us to learn and know what His will is regarding sin and those who are blinded, immature, childish and stubborn to a birthright that has been paid in Blood. God's Grace reveals His Kingdom.