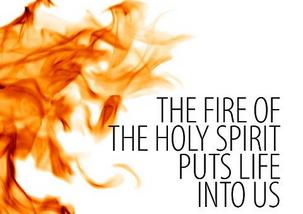 The Christian can have more than one Heavenly language! I often notice depending on the direction of the Holy Spirit’s for prayers, declarations, and worship; the language spoken is different for specific purposes. In some cases, it becomes rhetorical as if questions or statements are being said. Sometimes it sounds more like a known language. On several occasions, I have experienced this and have also seen a visiting South American minister speaking to a Chinese person in their dialect where the minister is ignorant but the person comprehends clearly what is being said. With no aid from anything or anyone. The Body must learn to immerse themselves in the Heavenly language because it is used just like a cipher for the encryption of Righteous declarations to confuse and confound satan.

Paul encourages the Body to speak in tongue acknowledging he used the Heavenly language as much as possible. It may be Paul knew that to rely on one’s command of their native language would tempt one into orations and eloquent speech-making prayers from the mind and not from the heart. A better benefit whenever addressing God. The Heavenly language needs practice, not with control and rules of grammar. What it needs is a willingness to release one’s inhibitions that the world often uses to separate, and mock. It must come naturally from the Spirit until it becomes second nature just as listening to the Holy Spirit for our daily decisions. And when done right it enhances as well as strengthens our God-given image that only demands the Heavenly language to be spoken throughout the day as needed or required to the circumstances faced. So let it be heard; low or loud; Heaven's language for God’s Righteous cause.

The Apostles matured because of the necessity caused by the absence of Christ. Just like an abandoned child that takes up their cross of responsibility as opposed to those who choose to remain on milk rather than face the challenges when choosing to have meat in their diet. It takes more effort to chew meat than drink milk. Some Christian receives the Fruit of the Spirit but shy away from the Gifts of the Holy Spirit. This is like being invited to the King's banquet and not partaking in one of the courses of the meal that has been prepared and displayed to be enjoyed. It is right to choose parts of Christ? So how can we choose parts of God who gave His all through His Son so that we can attain the restored benefits of being an heir of His Kingdom which includes the Heavenly tongues. 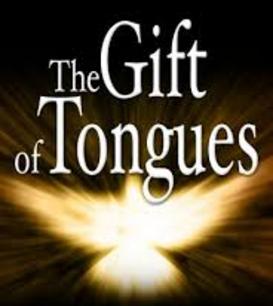 It is is not babbling as a baby with a single syllable. It is a language that has structure. The words or sounds can be recalled as in any form of communication! Because it is initiated by the Holy Spirit; the unknown words used have a mirror meaning in your native language. Just like one language to another. In that; the same phrase or word can be used in more than one; and with different compositions. 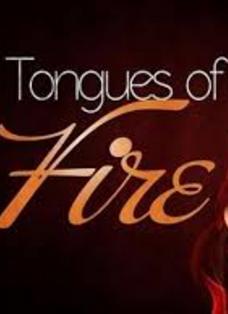 These sanctified tongues are part of Heaven! And they only go up to God’s Throne room when they are spoken because our flesh cannot find the words to speak, declare or pray. A sister in Christ related the story when she was accosted by a thief with a gun pointed to her face. Without hesitation, she closed her eyes and started to speak in tongues to this thief. When she finished and opened her eyes; the thief was gone and nothing happened to her. This came from her heart; directed to God; who saved her by the prompting of the Holy Spirit. It was spontaneous! Second nature. What was done in the physical interacted in the Spiritual realm resulting in its corresponding reality. Contrary to this are religious speaking tongues. Often, when the church faces a dilemma of unfaithfulness; very often the person behind the pulpit will call for prayer or worship to be in tongues. This type is by human knowledge! The same as when we can quote bible verses from memory without receiving a revelation to live by. Many all only hear but are not doers of the word. To live the Word; for, without action, there is no Faith. The use of the Heavenly tongues is not to be a habit or rote as if it was another mundane Earthy language. It should be as if it is the Holy Spirit speaking into our inner ear; energizing us so that we utter these unfamiliar words out loud just like our native language. There should be no fear, hindrance, or skepticism to speaking it. These spoken tongues are Heavenly words just like our native words which God judges. They are not like humming or creating musical notes to a song.

No man knows its root but by Faith, it is spoken, declared, and interpreted. It was not recorded before Christ nor was it recorded during His Earthly life. It manifested in the upper room as the Apostles received the Holy Spirit and began speaking in other tongues. Today; most by Faith is spoken with unusual tongues. A Heavenly language that often seems musical, whimsical, or just plain gibberish to the unfaithful and carnal minded. It is beyond human understanding and is like incense rising onto God; and when done Righteously it comes from the heart with purpose, precision, and determination. It is not a spiritual possession; which by definition is demonic.

Everyone in the Body of Christ having received the Holy Spirit has the innate Heavenly language in them just waiting to be spoken, stated, and even sung. Yet, many churches ignore, defame, and deny its potency to the Body and the world; and to tear down self-inflicted veils. There is some justification to this religion as having no known reference except that of the intangible Faith; satanic influences have used unknown languages through church bodies for selfish, manipulative, and destructive deceptions to be his proxy for the stealing, killing, and destroying the blocks of foundations that the church depends on for the Hope of Christ.

This alone cannot be used to justify its denial, for as a true Christ-follower; we have the responsibility to not only used all the weapons of warfare for which this is a prime source; but also to train up each part of the Body in the proper, effective, and Righteous way in applying these unknown tongues. Religion has taught that the Christian can only receive this gift by the Baptism of the Holy Spirit as applied by the laying on of hands. The receiving or Anointing of gifts may have been true before Christ but not after His Baptism. The act of baptism is a meaningful outward show of repentance; which Christ gave us as an example for the sinner to follow. Jesus received the Holy Spirit inwardly and all its gifts not by man but by God’s Hand. That is the Anointing. Therefore; the path for the gifts of the Holy Spirit was established by God. The distinction is a mature as opposed to an immature Christian in how we receive. The former by Faith; while the latter by a man.