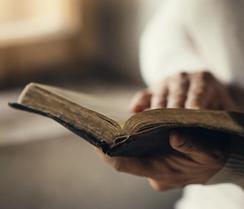 The Heavenly minded, no Earthy good Christian is a man, woman or child with no cause other than themselves. For them, the Bible is surrealistic and not a reality of God’s presence in mankind and the world. They have not been made whole or holistic that even though God is Spirit, He wants to be expressed through man and His creatures in physical encounters. The final responsibility does not lie behind the pulpit but in the very laps of those that do not bear any Spiritual manifestation of fruit that God has established. Yet, God is long-suffering, compassionate and merciful waiting and rejoicing whenever one of His children no longer walks as a slave and takes their Righteous place as an heir of both His Heavenly and Earthy Kingdoms. 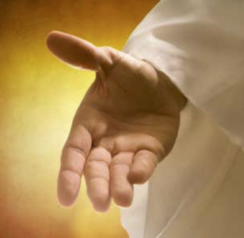 The creation of man was for one sole purpose and that was to take back what Lucifer, now satan did. He, satan corrupted the Earth and man. This is evident by the narrative expressed chronologically when God surveyed the planet. God first fixes or rather creates life in all its obvious forms in the first five days and then establishes His presence physically through the man and the woman. God didn’t tell the man to tend to His Garden, making sure to remove the weeds, trim the hedges nor water it daily. God had a greater commission in mind!

God told the man to take procession, replicate the Garden and take dominion of all the Earth. He did this before any appearance of satan and his influence. We do the same today; instructing others often and deliberately hiding the facts of the real purpose and the kind of opposition that may be encountered. We motivate rather than demotivate. 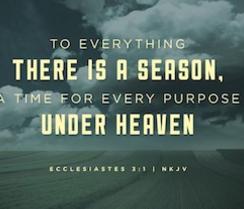 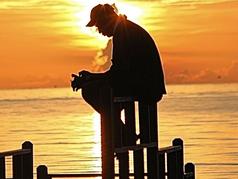 Time is a mandate in all things for it establishes the frame and works or lack of; for judgment. The judgment of the Earth, mankind and the spirit of things. Unfortunately, most Christians see time nothing more than the ticking away for a utopia and Heavenly bliss. That the sweat of their brow will no longer be needed as God presents them with a feast of satisfaction. The Truth is this season is considered a time of Grace so that the laborer although imperfect still can be used to accomplish the Great Commission. To bring Kingdom's Heaven to Earth.

As with all good leadership, mentoring is essential to guide someone to success and this is what did not occur before disobedience took hold of the Garden. God provides two trees for man’s reference before his actual works were to start. This is no different than what the church has been given today and as the trees is the foundation of any works. The Bible is the manifestation of the Garden’s trees of Truth and knowledge in good and evil, respectively.

The Bible is alive just as the trees are for it employs three fundamental essences of success.

1) The first is history. If we don’t know the basis of whom, where and why we are, then our works have no start, middle or finish. We fail to appreciate the sacrifice of those before us and the adamant need and want to complete the vision that germinates from our past through the sufferings, disappointments, and struggles of mankind.

2)The second is identity. All the prominent heroes of the Bible provide us with an aspect that we can relate to. It is what makes being a human so charitable and precious. That by our flaws whether physical, mental or spiritual we are made Victorious by a higher call beyond our insufficiencies. Our flaws lead us to perfection in and through Christ Jesus; our ultimate and most admired example of a Son or Daughter of God.

3)The third is Spirit. Not only the Holy Spirit but that are within all of us and separate us from other creatures of creation. The Spirit is what holds all things together and establishes why man is uniquely placed to represent God and His works. It connects us and our works to the original purpose and intent of mankind; to dominate. To establish and bring about God’s Spirit on and in this Earth. It is what we use to honor and reverence God and is what Lucifer essentially corrupted by being anti-spiritual and disobedient in attempting to usurp God's Spirit of His Kingdom.

Steps to becoming this heir are contained within the three foundations and is Faith but alas of no benefit without its other half of works. Salvation is a gift, so we don’t need to earn it but we certainly need to use it for dominion and enjoy all aspects of its dimensions including the Gifts and Fruits of the Spirit not for self but for others in need of Salvation. The Heavenly minded Christian does this by surrendering to their Faith that they have not only been redeemed but have been called. God is perfect and has no waste in all that He does. The Bible teaches, mentors and empowers for the Spirit of God to manifest in His Spiritual image of mankind. Its lessons, purpose, and vision were concluded when Jesus ascended. There is no more to add until the final domination has taken place. Another reason why the Christian lacks in being Earthly good is their misunderstanding of time as in the seasons ordained by God.

Jesus Christ; the epitome of God's presence in the Earth clearly states to the anti-spirit that only by every Word, Spirit of God will there be life and not by the filling of fleshly things as in bread. Christ is not only the Word manifested but is the words and Spirit in action taking dominion over all anti-spirits in this world. He did this by acknowledging the three foundations including the Torah, appreciating history; recognizing His part by identity, as He pronounces the fulfillment of the prophecy from Isaiah; and lastly receiving and accepting the responsibility to be teachable and guided by the Spirit of God; the Anointing.

When the Christian sees and accepts that being Heavenly minded is for Earthly good then God's call to dominate becomes closer and the Spirit of life in Christ becomes agitated into desired action. No longer will weekly or occasional motivations be fulfilling but every waking moment or asleep become an opportunity for the Spirit. God knows what every Christian is capable of doing; willingly or unwillingly to venture out of their Earthly shell. And as we begin to rightly divide the Word the more empowered we see ourselves in the Spirit of Christ to fulfill the Genesis of Heaven on Earth dominating all dominion and principalities of the anti-Christ.

So often we meet brothers and sisters in the Faith who are so Heavenly minded that they are no Earthly good. This can be quite the frustration and really speaks to both sides of being Christ in the world. They are saved but provide no opportunity for the Spirit to move being only on milk and not moving towards the meat of Salvation. Although a Kingdom heir yet still a slave to the flesh and have not received what was wrongfully stolen but now received back through Christ Jesus.