The ministry of Jesus Christ is one of purpose where everyone who has been saved has a calling on their life to fulfill. As used in the Bible we are of one Body; the Body of Christ where there is one head and no tail. The body has no tail assigned to it because every part of it functions specifically for the benefit of not one but all parts that make the body up. This is essential to the perfection of the body and the Body of Christ. 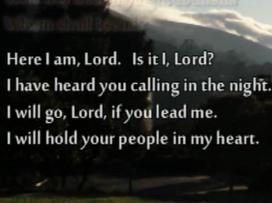 The whole purpose of headship is to produce other headships and so on. To be a Christ follower is to be in obedience not to Jesus but to God who is the ultimate head of all things seen and unseen. Jesus chastises Philip for not being an imitator of Him when asked to show the Father. This relationship or connection is also acknowledged in most families where the son is a reflection of his father's in attitudes, actions, and aptitudes. There is an innate spirit in us all that given the right environment will reveal the Father in us but has been purposefully restrained by secular thinking within the church and Body of Christ. Consider. Why is the church run like a secular organization?

What foundation has the Bible given to us all to be the head and not the tail? Jesus Christ! Some say, but isn’t Jesus our head and we his followers? This is true but and an incomplete statement. From the Old to the New Testament there are Bible verses that point to Christ’s headship but just as equally points to our imitation and shared headship with His. All of Jesus' ministry can be summed up as mentorship; where He mentored or disciplined those who would carry on His work to set the captives free. Jesus set a vision and goal that even today seems impossible.

Paul tells us just like Jesus; as long as the carnal mind rules then our spirit will never be at peace and have life as God intended it, which is to have the rest promised. To render to Caesar and to God their rightful due. Jesus asks God to keep us in the world but protected from evil. This is clearly indicating purpose with preservation. But when combined with His Words, Acts and Spirit present us with a single conclusion of being the head and not the tail. Of maintaining obedience, civility, and Faith in all aspects of this world and our lives. That being a true Christ follower means to be the good and Righteous steward of what God by His Son Jesus left us. Jesus left us God's authority!

We, the Body are an extension of Jesus’ work including authority over any man-made tower of babel. We can’t be that unless we rightfully take up the Cross Jesus left us. The Cross of Victory or the Tomb of Resurrection. Jesus in Heaven bears the marks of our sin in His body not to suffer through the death of it over and over again but as Thomas learned to surrender and receive the Victory over death into Heavenly seats that we by God’s Grace have been given. A seat of authority and headship! We must not only learn but with boldness tear down the walls of Jericho in our personal, family and church lives. We don’t need an outward but an inward revolution!

The change that is necessary is not the perfection of any rituals or traditions that any denominational church demands but the inward perfection of our hearts for the Righteousness of God that we have been called into. To be accountable to Him who has our spirits in His hands and not be afraid of what man can do to our flesh. For to be ignorant of the calling is to place oneself under the judgment of Grace for which God will not be mocked. For having received Jesus’ Blood of redemption we cry Abba Father; a clear definition of responsibility to His sovereign and our obedience to His will. And that as Christians we are equal and equitable heirs to His everlasting Kingdom and Jesus’ partner of greater miracles and the Great Commission.

The Practical Christian
The Call. 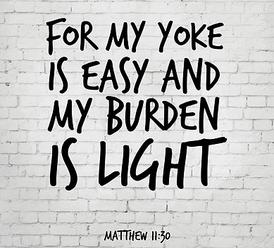 If we can get this right within ourselves; our families and our churches; so much would be accomplished presenting a Glorious church to God even in a wilderness and dry place just like Aaron's rod budding and water flowing from the rock during the Exodus. God cherishes these events where with Him anything is possible and all the Glory belongs to Him.

Every churchman and woman and even children of age are called to be a Blessing not only to each other but especially the world. To be the Light of Christ placed not under a pot but exposed to the world. To be above and not beneath it! This is the calling of Christ and of God’s Kingdom. Yet, the Bible tells us; as long as an heir thinks like a child; he is no different to a slave and will never receive and exercise the authority of the Kingdom he has been given. Let’s be honest! Most Christians do not know the first thing about what is the calling and how they purposefully walk it out. This is because except for a few; most in the church are not engaged or mentored by the very people who lead them.

Most Christians only believe that once saved; their prime purpose is to support the work of their pastor and church. They have become the tail by abandoning their right as an heir to God’s Earthly throne and authorities. Centuries of traditional teaching and subjugations have led to this misappropriation of Christ’s Blood. Now; to be clear we are all equally responsible for keeping our church, a sanctuary for the presence of the Holy Spirit. We do this with Righteous attitudes, actions, and aptitudes. We do not do this by blind obedience to the man or woman behind the pulpit. No one from the front or back of the church should set out to create strife, offense, and dissension among each other and the church on a whole. 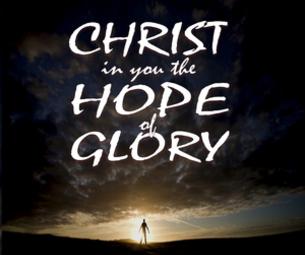 The first and most significant event that changed or set the precedent of all Christ followers to be the head and not the tail was when immediately after Jesus died; fulfilling the work of the eternal sacrificial lamb; the veil in the temple was ripped from top to bottom heralding that there was no longer a separation of any man from God. This veil separated the outer and inner court where the Ark was kept and reserved for only the priest. Most scholars agree that this sixty-foot high veil was at least up to four inches thick. No man but God’s Spirit would have been able to rip it so instantly.

During Jesus' ministry, He hints and demonstrates the kind of headship we are to emulate. Remember Jesus may have started His ministry as a devout Jew but He ended it as a risen new man. One of redeemed flesh and Godly Spirit. Not separated but whole and holistic in every aspect. As a child He would have been taught the laws from Moses and that only those of the Levite lineage would be selected to be a priest; a church authority. Jesus comes from the line of Judah who participated in the selling into slavery of Joseph; who eventually saves his people from death. So despite a heritage of jealousy, selfishness, and strife; He, just like us; can and is renewed into a new creature with Godly purpose and benefits.

Jesus’ prime lesson to be the head was obedience to God’s will. The calling on His life. Now; isn’t that an oxymoron? To be led by a higher authority and still remain the head? This is the same example Jesus demonstrated and stated to His apostles and disciples. Unless you remain and abide in Him; there can be no fruit. This is the same metaphor of the body that Paul uses. And just like every part of the body; can a tree trunk and its roots without its branches and leaves really be a tree? For without these connected parts the tree cannot produce fruit and in turn generate other trees of the same kind. So without Jesus and ultimately God; no saved person can bear fruit, but more importantly be a critical part to the whole purpose of Salvation being an independent head (part) led by God’s Holy Spirit.