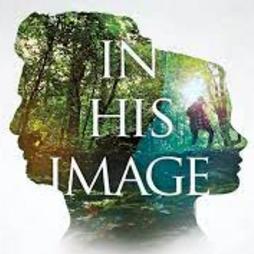 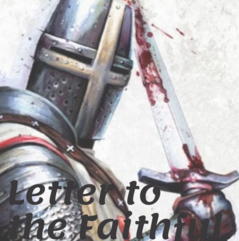 Consider that something as critical as remorse is not recorded as being done by them and that sin is perpetuated in Cain against Abel. It would seem they as many of us do continue to act in childish ways by not addressing in humility their offense to God and taking responsibility thereby having the sins of the father in preceding generations. They did not use their freewill to display by their spirit, mind, and body how an Heir ought to act but instead remained in fear as a slave by not confronting the unrighteous issues of the curse to Cain as they did with Abel who willing surrendered his best while Cain sought to supplant God with deception. Don’t we often do that with our own, family, and friends treating each other unequally and with inequity because of our biases, or inability to confront troubling attitudes and actions.

The right of freewill brings with it several positives and negatives and is reflected in how we handle these whether with childish or mature motives and actions. Now, some may not want this freewill as it forces responsibility, character, and a judicial approach to all things physical and Spiritual. Most of us just want to be told what to do; when to do it, and how to do it, without realizing that is a part of the curse because it not only places you under another’s authority but limits, restraints and denies God’s mentorship into raising you into His image. And to be clear; Jesus removed the fear of man's authority whether in or outside of the church. And as Paul expands it is by Faith, Hope, and Love that Christians submit to each other for God’s Kingdom works as the Body of Christ. God wants us to use our freewill to be creative, noble, just; including to challenge Him as His image was designed to do. To challenge God is not to oppose Him. Abraham and others demonstrated this with respect and ultimately in humility to His final will. It’s like being the smartest kid or fastest athlete. One needs a sustaining and substantial challenge to reinforce that they are still superior and command their platform receiving the acknowledgment and gratification that results. Only the true God of creation would be comfortable and magnanimous to allow and give freewill to those under His Throne and Kingdom. For Him just as any father; there is joy, pride, and satisfaction in their child’s confidence and boldness in exercising their abilities. God not only gave but set the rules for our freewill! 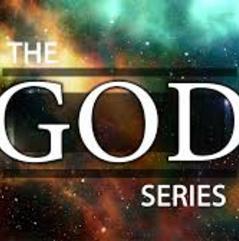 Freewill has its consequences! And what is sure and just; is that God in His Wisdom allows our failure time and time again even though He has given us the Law against our disobedience. It would be nice if He would stop us before we make the mistake that places us into problems and His judgment. God can’t help Himself because He is first the Father wanting the best for us and to by His pride wants to see us in obedience to His will as His image ought to so that He can reward us not as God but as our Father.

God had no choice but to give us freewill because He wants sons and daughters who are Heirs and not slaves who only want comfort and welfare. The Heir is destined to know the King’s will but a slave only the King’s scrutiny. This is why the Bible tells us God ponders the ways of man. And is why judgment had to be passed on the first man and woman because they used their freewill in a wrongful and twisted manner denying the Father’s Grace and bringing His Divine ire upon them. His Righteous indignation!

Think about it! If you did all to give your children a safe, well provided, and utopia environment and all you ask of them is to listen and obey you to maintain their peace; but they blatantly ignore and purposefully go against your will; wouldn’t you explode into a tirade of disappointed anger and deny your children all their pleasures and benefits. Your attitude would be that your children have not treasured all you provided and did not earn their freewill. The Heir’s freewill is not like a wage for being in fear to your master who gives a reprieve from his will and whip. It is a Spirit of working hand in hand with the Father who is always ready in Love to build your kingdom in His Kingdom’s pattern for all Righteousness. He wants all His children to enjoy all that His Throne allows Him to give. 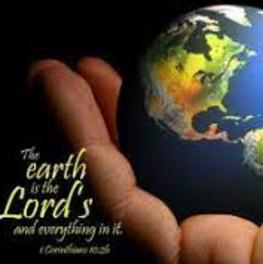 This is what freewill does. It makes every decision unique but can end with the same results for provision, protection, and providence. Because it is not the tools, we have been given but is how we use those tools. This involves the manner in how these tools are to be used so as not to abuse the privilege contained in them which is administering God’s Kingdom and its treasures. This is reflected in the Parable of the Talents where each person receives a tool; in this case money and by their acumen and Faith bought a profit, Blessing, or Harvest back to God who is an investor in His creation of man. In man's freewill! The one who took for granted this tool (gift) and in effect abused God’s Faith in him, no longer deserve and earn God’s providence in his freewill. This person acted as a slave and not as the Heir he was called to be. This is a sobering thought where if by fear and not by freewill one accepts Salvation it will of no merit.

Freewill demands the responsibility of the measure of Faith that each one of us has been given. The responsibility of our decisions and the responsibility of our God. For we can only truly please God by our Faith. Jesus told us in this world there will always be trials and tribulations but have Faith; for He has overcome them. This means by His Blood and Name; we also have overcome every challenge that the devil throws our way. It demands Faith by our freewill to trust and submit to God so that satan will have no other choice but to leave us. It takes continuous and consistent Faithfull freewill in adversity to not act in fear but to speak (address, confront, demonstrate) to the mountains, meditate (absorb, mutter, focus) on the Word, and declare (utter, proclaim, state) one’s healing, provisions, binding of evil spirits, and the loosening of God’s mighty Angels and His promises to act on our behalf. Elisha demonstrated Faithful freewill while his servant fearful freewill where the former opens your eyes to the Spirit reality while the latter to the blindness of darkness.

Freewill has given the Christian the Keys to God’s Kingdom and all the treasures it contains. When God created the Garden, He placed man over it including to be fruitful (physically and Spiritually), to multiply (expand, increase, sustain), and have dominion (control, direct, manage). Yet, He did not tell them to follow His method to do this but only told them to respect the Tree of Life and the Tree of Knowledge. Both Trees represent His Spirit which would have provided all they needed in Wisdom, Knowledge, and Understanding in using their freewill across the Earth.

God has granted freewill for His will to be effective, established, and above reproach! Did He not tell us His word is above His Name? God cannot contradict Himself and to some, He, unfortunately, has no choice but to administer His word, justice, and Laws because they are all set in stone and cannot be altered because of any bias to us. This does not mean He is inflexible or has no control over His Throne. What it means He requires and must demonstrate justification in turning His declared course of wrath and justice.

Having the freewill to choose His will is what gives us Victory over the enemy's attempts to kill, steal and destroy us. Consider God as the coach calling every play for the team to win because His perch as the overwatch is better and more precise than our limited view which is often obstructed by physical and spiritual interferences. This is why there is Power in submitting to God by freewill which is the ultimate witness of our freewill because it is done by Faith in acknowledging God that with Him all things are possible so that we are not in fear of loss, confusion, and anxiety.

Freewill is our first gift from God and it will be our last. Because the more we understand how to wield its Power and appreciate its benefits, is the more we see and accept our call to be, and implement the change that is required to renew our body, mind, and empower our spirit to be Christ not of but for the world.

A Christian of Christ will recognize freewill as sacred while a religious mindset as a crutch in their daily walk. Because those of a religious mindset is still a slave looking to appease God but the Christian Heir having received, and more importantly accepted God’s forgiveness has taken up the responsibility by God’s Grace the purpose of freewill. This is where the Bible seems to indicate Adam and Eve’s lack of response to God for their sin. It would seem that they did not ask for forgiveness but choose to bear their sin in pride, ignorance, and irresponsibility. 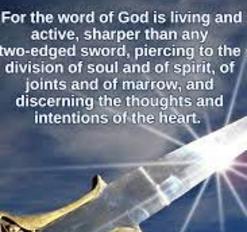 Freewill is meant to be a sword in the Christian’s hands and especially in his spirit. It requires constant use so that one becomes perfected by it. Jesus constantly stated it is the Father that guides Him, and He only does and says what the Father dictates. This speaks to God’s sovereignty and omnipotent over all that is under His purview and that His ways will confound the ignorant. It is our greatest weapon for Salvation as well as destruction when not applied as God designed. God’s design? ​ 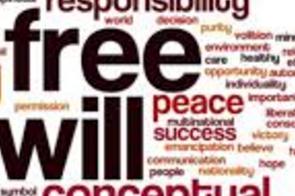 How can God who knows all allow us freewill? The very notion of this heritage contradicts His will over our lives. He knew Eve would take the apple and that Adam would follow her example of disobedience. Yet, He watched by as they were tempted and fell into rebellion with dire results that would affect the rest of their lives until Seth was born.