There are two kinds of "spiritually poor" people in the world. The religious Christian who believes Salvation means not to have prosperity in all its form including health, wealth, and peace because God is Spirit and has no need for such physical things and these things are reserved for Heavenly places. The other poor person in the world is a non-Christian believing that it is the will of their deity that they earn their prosperity of health, wealth, and peace. This is what wrongful thinking by association produces.

​​Now, speaking to those of Jesus Christ, our Lord, and Savior. He never teaches that to be saved, one must "wear sackcloth and walk around with moping, depressed faces" as the Pharisees did.  In fact, Jesus criticized this form of salvation saying it is hypocritical of these teachers for two reasons. First, they did not labor but was supported by alms and secondly and more important they were misrepresenting God and His Kingdom. So those who followed them were being blinded and not able to receive the things God ordained for them. Every teacher of the Word that does not make the Kingdom crystal clear will be subjected to a harsher judgment not because of their wrongful thinking but by association, those who are being taught and order their lives based on these unrighteous teachings are also in danger of being condemned. It is the reaping effect. 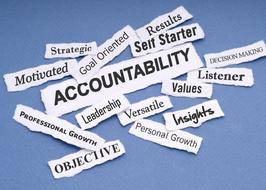 Jesus having shown dominance over the curse, instructs that an army of believers are to do the same thing by imitating Him around the Earth, teaching (sharing) and observing (practicing) all He did. What did Jesus do? Jesus spent time with the prophets; meditating, studying and by Revelation taught in the synagogue at age twelve. He spent time with God via the Holy Spirit receiving wisdom, knowledge, and understanding including a daily agenda and guidance that kept Him in the will of God and for His protection. For the authorities sought after Him several times but He disappeared in their midst. Jesus implemented teachings, Revelations, and miracles of God with the Holy Spirit. Jesus displayed boldness, authority, and obedience not for the world but for God. All these aspects of His life fall under the banner of association, for without it; Jesus would have no Power to win.
Selah. 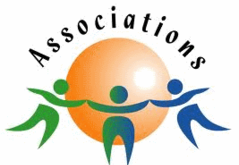 Jesus states, "consider the birds". In this parable, His point is that God provides for such insignificant life, here today gone tomorrow, so we ought to believe that we will be provided for because we have more value in the Father's Spirit. In His other statement, He says, "He who has left processions and family for His sake", meaning the Gospel will receive back a multiplication of what they gave up. In both statements, He is not only talking about physical things but also our thinking of sowing and reaping. The latter point is more crucial to the Christian enjoying the benefits of Salvation. Jesus says, abide (associate) with me!

Why are we both spiritual and physical? Because we need the Spirit to physically interact with the world. God told Adam to dominate the Earth and Jesus states make disciples of all the nations. Both are the same directive. Adam's domination of Earth was not really about planting gardens but really about removing the curse that came with satan's presence on the Earth. God did not scorch the garden making it so that Adam had to toil but sent him out of it into the already scorched land which was reflecting the effects of the curse. Not having accountability to God has consequences. 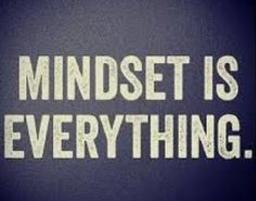 In both cases, the immediate families were followers of Jesus and the prophets. Here is the significance of this. At some point, individuals who believe Jesus is the Messiah who restored what Adam lost ought to take procession of their Spiritual gifts to practice what Jesus preached and did. The families of both dead persons had this gift available to them to heal their loved ones but did not accept the Spirit of this. Yet, others who believed, received, practiced these gifts. These manifestations of the Holy Spirit occurred before Jesus rose from the grave.

​There is Power with the association of the Word and the Spirit and is available to everyone in the Body of Christ. But only if we follow the rules of engagement. The Christian has to be able to circumvent the ways of worldly thinking so that they are not compromised by it and thereby making the Word and Spirit of no effect. We can only do that by associating with the Word and Spirit more than the world. The body, mind, and spirit of man have the infinite ability to absorb tremendous amounts of techniques, knowledge, and attitudes. They are all retained. And as simplistic as it sounds, we are judged ultimately by what's in our brains. It would be as if God would open up our head like a lid, looked inside on our brain and then reached a conclusion if we are worthy of His Kingdom. What's inside is the accumulation of every form of association, good, bad or indifferent.

Now, for most Christians, this is practically impossible as we have little or no choice but to interact with the world. It is why "we are in the world but not of it". The Christian is to mature in becoming a superior being. For in one mode he works within the worldly system navigating it's pitfalls to his Faith and in another displays the Christian walk in favorable environments. He is, for the most part, a split personality. This is the ultimate indicator of the Faith we as the Body proclaim to the world for their Salvation. For the most part, the Body have received the gift of Salvation but because of the split personality, we retard the full benefits of Salvation by our thinking. Jesus makes two distinct statements regarding our thinking which influences our associations.

God wants the Body of Christ to have Righteous thinking not because it solidifies our Salvation but because it enables His Spirit to move more effectively through the Body of Christ. You can't be a good soldier if your role is not clear, precise and empowered. Those in authority over you is not beside you constantly, directing your every move. Even Jesus knew He could not be there when anyone wanted Him to. Jesus was unable to attend both to Lazarus and Jarius's daughter immediately because the Holy Spirit delayed Him because of God's priority and authority on these two incidents.

As the saying goes, "Show me your friends and I will predict your future". We are a summation of our thinking which is influenced by the environment we are in, including family, friends, associates and media in all forms. The more we associate with a particular set of thinking then that thinking expresses itself in our actions manifesting in the body, mind, and spirit. The first man fell because of being influenced by a disobedience spirit and God's first order of business to start redemption is to separate Abram from his unrighteous associations. 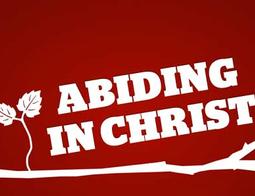