To be eternally consistent speaks not only of His omnipotence but also His heart, that He would tolerate not only dissension in Heaven but have this same act of treason from His image multiplied thousands of times across the nations and worst, even from His church. God has not changed His Salvation plan since the man fell and has increased its availability consistently through the centuries to the point today; there is no need to be present to hear and receive it. God’s heart is generous to want to receive all those lost by keeping the door open for Salvation despite His integrity and judgment of discernment.

The God Series - Boldness.
Previous
IS 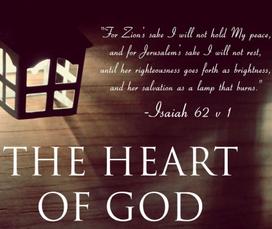 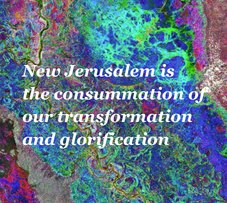 Some of the Body have the impression that God has already pre-ordained all that is to happen and we are only part of the play. There is some Truth to this and being the timeless God, this would seem to be a logical thesis. And if any of us could see our future we would certainly be in control. Yet, the Bible shows God to be more of an active force rather than a bystander watching as traffic flows at a busy interchange, knowing sooner or later an accident will occur and then traffic will resume. This thought process is not consistent with God’s first gift of free will which indicates God is willing to trust us but being the master leader, prepares for anything. God makes very clear statements on His will for us and is consistent in directing our steps towards that statement of His thought for us for peace and prosperity.

Unlike the many false gods and deities of vain imaginations; God does not implode because of a rebellious people and threatens the very need for His purposes; that is man. For isn’t it ironic that all the so called gods perpetuate labor when they themselves supposedly don’t need to? Yet, YWHW set the first man in a utopia and urged partnership, not for labor but for rest which is consistent with His very nature of being the Great I Am; having no need for struggle and wanting this nature to be consistent with His image. God’s preface for a physical world is not unlike His own Heavenly one. There are different kinds of creation that are made for the sole purpose of not only dominion but also care by His image. A mutual and equitable relationship for purpose, pleasure, and presence. This is a picture of the Heavenly hosts which consist of different classes or kinds of Angels with different roles including creatures that are familiar and strange to us at the same time. Heaven; God’s Throne and cities are not a bunch of billows that the Heavenly host flood on with big smiles on their faces. Heaven is a society as Eden was to be, and the New Jerusalem will be.

God’s intent was to build a mirror of His Kingdom here on Earth and is why the Biblical saying, “Days of Heaven on the Earth” is not just some poetic prose but speaks to not only the Spirituality of Heavenly bliss on the Earth but also the practical reality of Heaven’s commerce and social structures. God’s Kingdom is perfect and there would no real valid reason not to duplicate it on Earth as the image of the New Jerusalem gives. Consider, that the new man is neither fully organic nor fully spirit but is combined to be able to be transported from either place in an instance as with Philip and also with Jesus. Although not stated, I think by inference Adam would have been able to visit Heaven and experience it through his physical senses; much in the same way, the Spirit of God was heard walking in the Garden. God’s intent is to expand colonies across the Universe just as any self-respecting king would do.

Whenever the beginning is the end and the end, the beginning; it is consistent. This is God! And the Bible begins and ends with the single and prime purpose of God and man having the relationship of a Father to his children and heirs to his Kingdom. The New Jerusalem fulfills what the Garden; Eden was designed to do. To give a place where the man would begin to flourish and have access to God for the many visions yet to be revealed. As with Genesis there is the first man made in God’s image and in Revelation, the true and completed first of God’s mankind is manifested in the Lion of Judah; Jesus. God does not skip a beat when it comes to His goals and purposes. God remains consistent in all that He does.

This agape love is consistent with His disposal of any offense from us as far as the East is from the West. We are of His ancestry regardless of any disobedience or scar of lies and it is this that God acknowledges in His works that are meant to bring us to the Passover and disciple us into His Kingdom. The man including His first chosen has done so much in way of offense not only to themselves but also to God; that it is unfathomable of how consistently He is to His vision and that even in anger He is not discriminating in His judgments. Whether Jew or Gentile; God’s essence is consistent, unchanging and tempered to all. God is the prodigal Father indeed.

God’s handiwork enforces His consistency even though He has the ability to be unbounded creatively. We see this in the Universe with the planets in the void of space where friction is absent and every discovered planet and star is spherical and yet other bodies are irregular in shape. And that the Universe with all its different billions of galaxies has more in common than differences. This speaks to God’s order of things; of His balance, steady and predictability which can only be done when there are consistent action and constitution. The symmetry that God displays is reflected not only in His presence but even in science that without the rules of consistency nothing would work towards the desired end. And as much as these laws are relied on daily by man is but a small indication and Revelation of an immense and uncontained God who by Grace from the beginning and now towards the end still is consistent in His Kingdom’s sovereignty and promises to all who need His consistency to walk by Faith and not by sight. 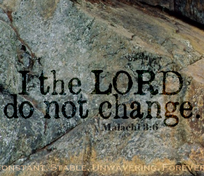