When Jesus comes; He will come as the Lion of Judah! And His train of Glory will go forth before Him and follow Him. And as it says, will He find Faith? So be bold in that day when His appearing is undeniable and the world will see, as we will, who are in Christ. Be bold in your Faith for it is the affirmation of Christianity. We who confess Christ ought to be bold in our convictions of His Kingdom, not having any shadow of doubt. But with all boldness, deny not His love for us to those lost in themselves and to this world. 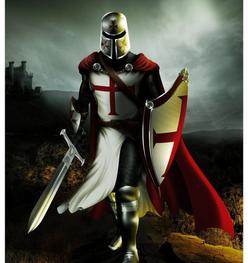 For your buttresses will be tested not from above or beneath but at its weakest points where it is least expected from those who know your weak and frail sides. So reinforce and strengthen these areas before they fail because of worldly perspectives.

Do not put the Lord’s great sacrifice to shame because of not heeding the Spirit, our counsellor to the war that is brewing just prior to His great return and magnificent appearing. Glory to God for His perfected love to all who bear all with Grace in these days of trials and tribulations. Wherefore without the boldness of Christ, many will tremble and be scattered not being anchored in the perfection of the armor of God. For with protection and the Spirit of armor is all boldness established on the battlefield to face death. Therefore, be bold!

Gather in ranks with solidarity to this Righteous cause making known your presence in numbers on all fronts with the full armor of God and with all foreign tongues of prayer do we set ablaze the enemies unrighteous agenda which are against the order of Christ; stripping him of every avenue and infiltration with extreme bias and prejudice. For only with boldness is any battle won and defeat of the darkness is certain. Be not fooled by those who do not profess our Lord with all boldness. For in the day of battle, only those of revealed boldness will stand knowing the true weapons of spiritual warfare and use them without hesitations. For many in the church are not as they seem having knowledge of the Word but not the heart of it. Know who to be counted in your ranks of Righteousness by their Revelation of the Word and the manifestation of the Holy Spirit in their testimonies. Let not boldness be the reason for strife, for we are commanded not to be offended by those still an infant in the Word but with maturity do we begin to understand God’s way to accomplish with the least of numbers. For His Spirit is bold in all things of His Kingdom and so must we be.

​Set your Helmet of Salvation sturdy and aligned on your head wherefore the Spirit dwells and with the breastplate of Righteousness make the heart pure with God’s love. The shield of Faith ready to deflect all accusations that seek to annul His cross and with the sword of the Word; put to death all evil of darkness, never forsaking the gospel that covers great oppositions with the Grace of God. And always set your foundations with the belt of Truth. For in these things are you perfected. With this comes boldness in any day of light or darkness and against the twist of this age where good becomes evil and evil becomes good.

Previous
IS
STOMP !
Stand in love !