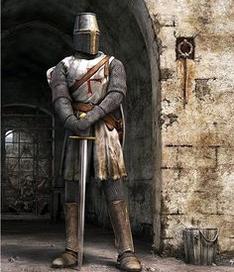 So let not the Word become dull and of no effect less those who wane, weary your resolve for His Kingdom. The Word is life to the flesh and the spirit is fulfilled by the Word. Be sincere in the Word for it is the Power of God to reveal the hidden things of the flesh and by it are all flesh made strong according to the Spirit of Christ. For who stood with Christ on His final watch to defend the Kingdom? Christ was the last man standing against all accusations onto death but His Spirit never waived for the Glory promised Him by the judge and ruling of all spirit. Yet, many having stood through seasons of the Blessing are still not convicted of He who rules Heaven and will the Earth and tears down the very foundations that are given to support their stand. Like an animal trapped, that gnaws at its own leg to escape will eventually die from the inability to fight to live.

The Word, the Holy Spirit, and His Grace give us all required to be the last man standing for knowing His Spirit, He will be with us who love the Glory of His Throne and all His goodness and Righteousness. For by His Spirit, we are strengthened in days faced alone where the expected no longer is made available because of indecisions to be the Word; Christ revealed. So be steadfast against those who fall away by the lure and lust of this world. Take comfort knowing the Word is ideal for those who is the last man standing.

The Called.
Previous
IS

​Shore up your legs with the Word of God and His Spirit that waits to fight the good fight and run the race of winning. For we have overcome this world and have no fear as to what man can do to the flesh, but with great fear, the one who has Power over the spirit. Be a last man standing for the Righteous Truth as this world blinds those who are lukewarm and is regarded with no respect for their indecision by God. For God has chosen His side and us, the Body of Christ also. Only by action do you know those who will stand with you. Those willing to be exposed and tested by the fire of the world. For Christ did not deter the gospel and we are not to.

Be it known that some of you may be the last man standing. Standing alone when many of the brethren have deserted the call of His Glorious Kingdom. For with fear for loss of this world and life, some reveal their true character hidden by the breastplate and throwing away the Word of Righteous Faith. For this gospel is not for the fainthearted but for those having settled in their hearts the sacrifice of servanthood even to the death of the flesh. The last man standing will prevail having a solid foundation of all Grace given so generously by the Most High God. So stand as if the last man of the gospel. Secure the weapons of warfare that are dependable onto the taking down of spiritual wickedness in high places.

Stand in love !
About
JESUS